Sure. Raise a generation of science-illiterate students. What could go wrong? Oh... right... everything. 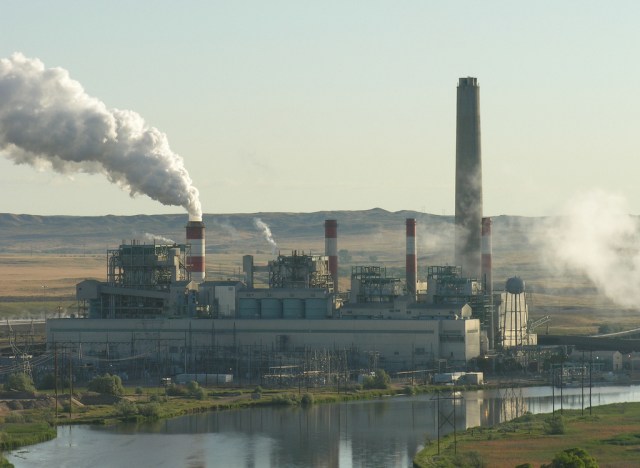 Schools in Wyoming are the first to reject the Next Generation Science Standards (NGSS) that include lessons on, among other things, climate change and evolution. Why? Lawmakers say it’s because teaching climate change would turn kids against Wyoming’s coal and oil industry (which are causing climate change.) They’re probably right.

Not about the decision to ignore the reality of climate change in schools of course, but they’re probably right that it would turn people against the Wyoming oil and coal industries since it’s burning the oil and coal that help drive climate change. That, frankly, would be bad for Wyoming — in the short term at least. Long term, they’re kind of screwing everybody.

The Next Generation Science Standards were developed by the National Research Council, the National Science Teachers Association, and the American Association for the Advancement of Science, as well as the governments of 26 states. Not surprisingly, Wyoming wasn’t on the list of “Lead Start Partners.” The site for the NGSS says that:

The goal of the NGSS is to provide a “framework” for what science topics schools teach at each grade level, but it’s not a full curriculum. The site describes it as:

The Framework provides a sound, evidence-based foundation for standards by drawing on current scientific research—including research on the ways students learn science effectively—and identifies the science all K–12 students should know.

How the schools teach what’s on the framework is up to the school districts, who are free to choose what textbooks and other materials are used.

Initially the NGSS was approved by a committee of state science educators. They unanimously recommended Wyoming adopt the NGSS after an 18-month review process. Legislatures later defunded the program in the state with a budget item that would not allow any public funds to be used on the NGSS. After that the State Board of Education ordered the same committee to come up with their own new, non-NGSS framework. The reason for the ordered change was fear that teaching students climate change is real and human use of fossil fuels affects it would turn them against Wyoming’s biggest industry — energy.

Mining for things like coal, oil, and natural gas account for a $6.7 billion per year industry in Wyoming, it’s biggest economic driver by far. (The second is tourism due to the state’s National Parks, which account for more than $2 billion annually.) It’s easy to see why legislatures in the state would work to stop anything that threatens the energy industry in Wyoming, but that view is shortsighted at best.

Wyoming is the first state to outright reject the NGSS. With 26 states already adopting the framework, that leaves 23 left to decide. Do the right evidence-based thing here, states.

(via io9, image via Greg Goebel)