Psst Ken Ham check it out! 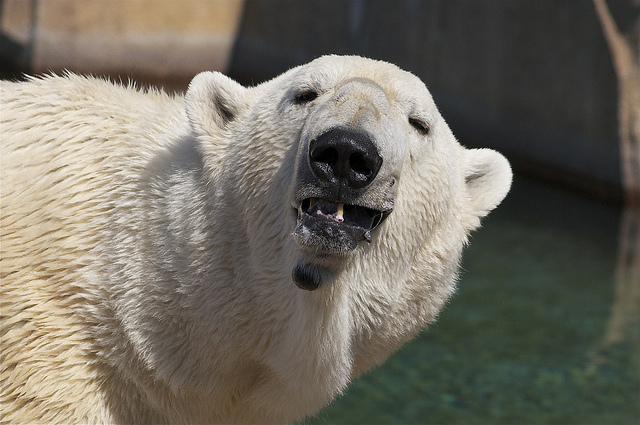 Last week our very own Glen Tickle explained why The Mary Sue won’t be lending credibility to climate change deniers by giving them equal consideration when we write about science. Unfortunately, the freedom to embrace facts (global warming is real, and a real bummer) can be a luxury. Texas’ Perot Museum of Nature and Science is in the news for allegedly omitting global warming from its exhibits, but it’s not the only educational institution bowing to pressure from climate-change deniers.

The $185 million Perot Museum opened in 2012, but didn’t come under  scrutiny until recently, when a design firm who worked on the Perot’s exhibits revealed the museum scrapped plans for a 4 by 2.5 foot “Climate Change” panel. The exhibit’s designer gave Dallas News the intended text:

Volcanic eruptions and burning fossil fuels increase the amount of carbon dioxide and other heat-trapping gases in the atmosphere. This warms the Earth and can cause sea levels to rise and climates to change.

Humans have altered Earth’s climate by burning coal and other fossil fuels that release carbon dioxide.

The panel was built but never installed. According to Steve Hinkley, vice president of the museum’s programs, “Our installation period was very rapid […] So, for something to not have been installed is not totally out of the realm of possibility.”

As someone who has never been to the Perot and can’t fathom the logistical headaches inherent in designing exhibits, I’d believe the omission was an oversight if climate change was mentioned elsewhere in the museum  (or if the Perot didn’t also feature a display of drill bits and a simulated ride into a fracking well). Unfortunately, according to James S. Russell of Bloomberg, global warming is glaringly absent throughout:

Some [of the museum’s] choices are scientifically questionable […] In displays on water and weather I could find no consideration of climate change — the defining natural-science challenge of our time.

So why put $185 million into building a science museum just to leave out science? As io9 points out, Exxon and Chief Oil & Gas helped fund the Perot, and although the institution (understandably) denies that its benefactors have any say on exhibits, forgive me if I think the absence of global warming in a museum funded by fossil fuel isn’t a coincidence.

That conflict of interest seems to be present even on the museum’s board. Member Forrest Hoglund, whom Dallas News says was instrumental in creating the museum, is also a natural gas executive. Said Hoglund in regards to the panel’s removal: “Climate’s always changing, and always has […] So there’s a lot of information out there and a lot of misinformation.”

I’m obviously not qualified to say what influenced the Perot’s “scientifically questionable” choices, but the real issue here isn’t the political pressure the Perot in particular is facing–the museum’s self-censorship is indicative of a wider problem. The Dallas News spoke to a host of curators and educators, all of whom hinted that putting the words “global” and “warming” together, especially when implying that our species is to blame, risks jeopardizing their careers or the future of their institutions.

Louise Bradshaw, director of education at the St. Louis Zoo, admits to choosing her words carefully:

Sometimes when you put the two words [global warming] together, it creates a flash point that gets distracting […] There are other ways to get there without picking a fight.

Carolyn Summers of the Houston Museum of Natural Science says to protect her museum it’s necessary to sacrifice some of the science: “We try to avoid saying things that are not necessary to be said […] “We don’t need people to come in here and reject us.”

Moving forward, I’m curious to see if the Perot responds to Dallas News’ coverage by reviewing how climate change is represented in its exhibits. If any of you have visited the museum, I’d be curious to hear if global warming was indeed the (sweaty, suffering, near-extinct) elephant in the room. I don’t envy educators who are constrained by political or social pressure, but climate change is far too urgent to be avoided.