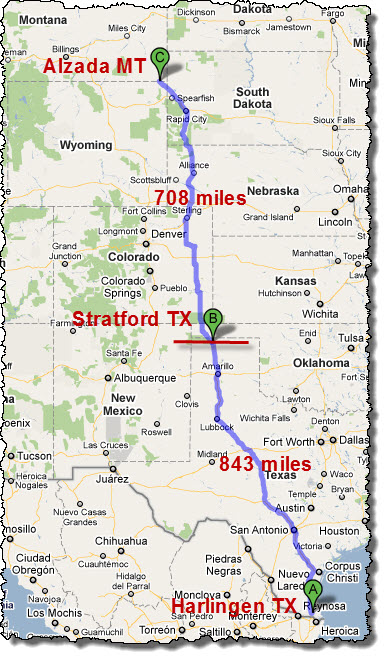 If anyone’s ever seen Armageddon, they know the state of Texas is big enough to accurately describe the level of terror one should feel in relation to asteroid size. It turns out that Texas is so big, in fact, that Stratford, Texas is closer to Alzada, Montana than it is closer to another town within its own state, Harlingen, Texas. As the graphic shows, Stratford is 708 miles away from Alzada, but is 843 miles away from Harlingen.

Yes, there are a lot of towns closer to towns in other states than towns within their own state, such as most towns that sit on state borders, but Stratford, Texas is four states away from Alzada, Montana, rather than both towns sitting next to each other on close state borders.

Another way to visualize it: 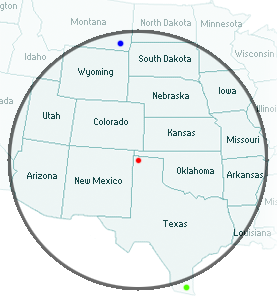 There are other instances of this kind of relational distance between towns, but only one state is obsessed with everything being bigger there.