This woman has some crazy huge research-balls. 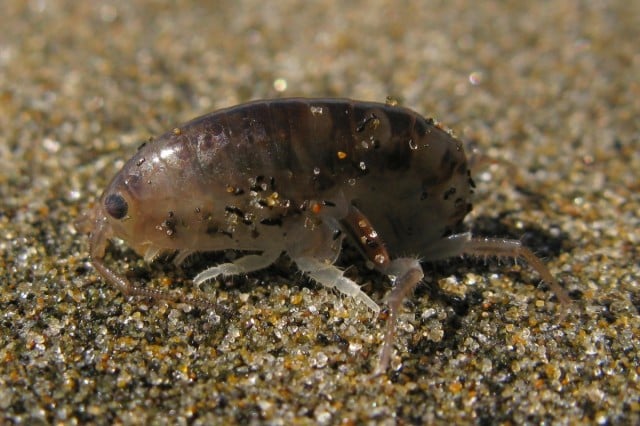 Ever found yourself curious about how sand fleas have sex? Marlene Thielecke, Ph.D. student at Berlin’s Charité University Medicine, sure has! Upon discovering a flea living in her foot, Thielecke – instead of reacting with the appropriate terror response –  decided to study the creature, in the hopes it might help science.

Part of Thielecke’s job at the University is to study the prevention tungiasis infection in Madagascar, which is often transmitted by Tunga penetrans – more commonly known as the sand or chigger flea. Disgusting little creatures that they are, sand flea females usually burrow into warm-blooded hosts (like you!), where it then breathes, defecates, and lays eggs. Unfortunately for humans, this infestation is painful, itchy, and often becomes infected; weirdly, it also encourages other sand fleas to get all up in there, meaning many people are infected with dozens at a time.

Oh, and there’s no cure for sand fleas other than physically digging them out of your own skin.

We tell you all this because we just want you to be sure you know what Thielecke was getting herself into when she decided to let the sand flea in her own foot live for the sake of science. She took regular photos and videos of the flea, and noticed that it was neither laying eggs nor dying. After two months, Thielecke finally decided she was “uneasy” about the experiment (since it was itchy and painful and meant she couldn’t really walk anymore) and took it out.

The great thing about Thielecke’s disgusting experiment is that she was able to determine that the flea most likely has sex when the females are already living inside their hosts. Cozy! Since Thielecke was never exposed to further fleas (“One was enough,” she said), her little buddy was never able to become fertilized, and thus lived in an extended “waiting state.”

Though this might not help Thielecke’s tungiasis research, it is apparently useful for doctors to know travellers returning home with a flea might have one that can live for much longer than expected. It was also important in recording that Thielecke has gigantic, crazy research-balls, and should be given an award.

(via Science, image via Stefan Marks)