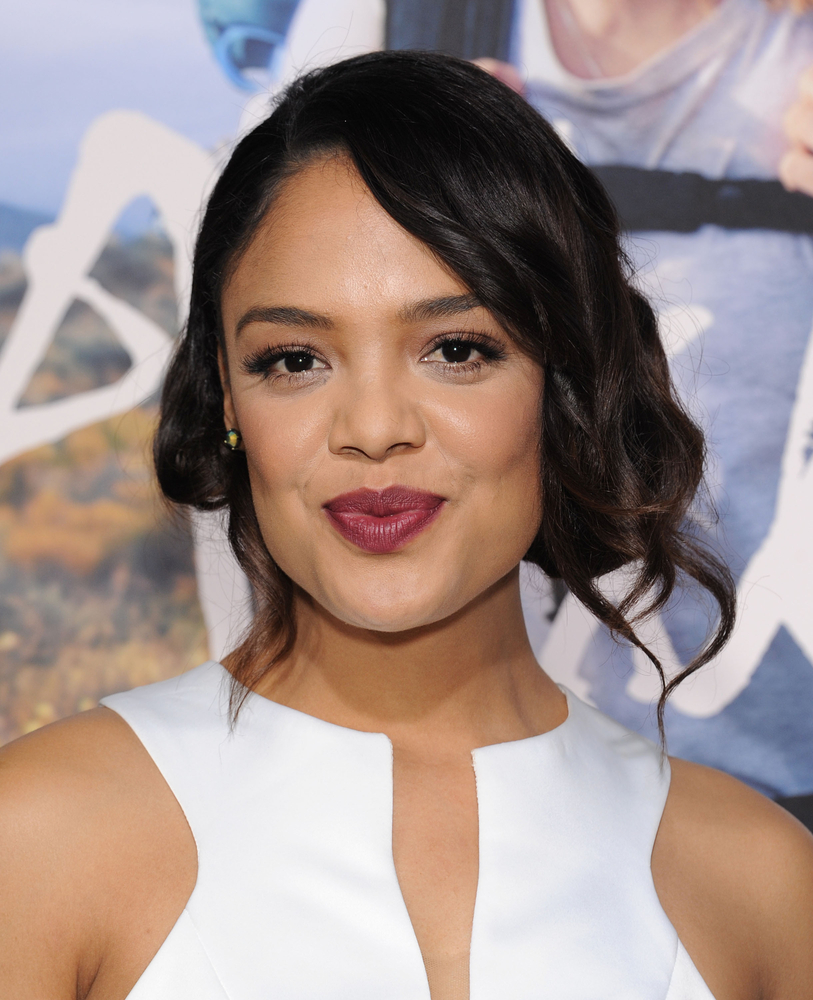 Thor: Ragnarok is already shaping up to be a different kind of Marvel movie–from Jeff Goldblum playing “a hedonist, a pleasure-seeker” to Thor playing a prank on director Taika Waititi. We’re still incredibly excited about the addition of Tessa Thompson to the Marvel Cinematic Universe, too; she’ll be playing Valkyrie, who’s been described as an Asgardian warrior and a potential love interest for Thor.

We’re also not alone in our excitement–Thompson has been chronicling her journey on the set of Thor: Ragnarok via her Instagram account, which is worth checking out for the motivational quotes, images and shared fanart alone–she started filming on Thor: Ragnarok two weeks ago, and shared this image created by a fan:

Inspired by all the Warriors leading movements in the very real world right now, as I start my first day being one in the MCU for #Thor3 . ☄@marvel . Fan art by @nikkolasdesign

18 days in, however, Thompson shared an image of the sword she’ll be wielding as Valkyrie–or maybe this is just her practice sword that she’s been using in training, but either way it’s no easy feat:

Day 18 update: I have a lot of bruises. And suddenly abs from laughing so much. And I never want to not have a sword again. @thormovie

While we haven’t seen Tessa in action as Valkyrie yet, this is likely just the beginning of her shared adventures from the set. And hey, lots of laughing and sword-fighting? I get the impression that Thor himself wouldn’t have it any other way.