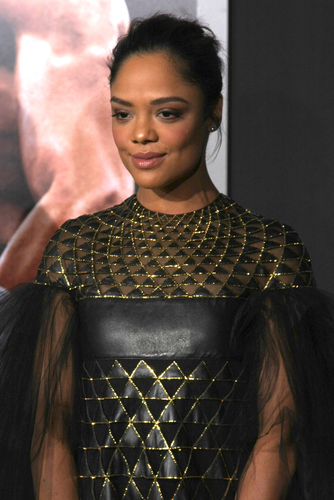 According to The Hollywood Reporter, Tessa Thompson has joined the cast of Thor: Ragnarok in a “key role.” That “key role” hasn’t been specified yet, although Deadline claims that sources say Thompson’s character will “be a kind of superhero and will appear in other Marvel films as well,” and The Wrap reports that Thompson has signed a multi-picture deal.

Although I like Thor’s contribution to the group dynamics of the Avengers movies, his standalone films have never really clicked with me before—but, considering this casting and the fact that Into the Shadows‘ Taika Waititi will be helming Ragnarok, I think the third time might be the charm. Thor: Ragnarok will also star Tom Hiddleston, Cate Blanchett, Jamie Alexander, and Mark Ruffalo.

The Hollywood Reporter writes that Thor and Thor: The Dark World star Natalie Portman won’t be returning for the third movie in the trilogy, but she and Thomspon will still be working together in the near future on Annihiliation, the female-lead sci-fi movie from Ex Machina director Alex Garland. Thompson is also a lead in HBO’s long-awaited Westworld adaptation.

I look forward to learning more specifics about Thompsons’ Ragnarok part, and I’m incredibly excited to see she’ll be joining the MCU for several movies (although I still maintain she would have made an excellent genderbent young Han Solo). What role do you think we can expect to see her fill?