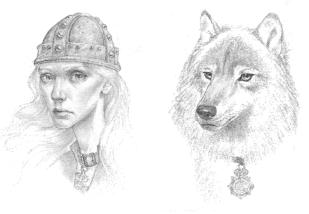 A television show based on the fertile setting of Terry Pratchett‘s Ankh-Morpork city guards has been a long time coming, despite its seeming obviousness, so you’ll have to forgive us if we have to keep reassuring ourselves that it’s actually happening. Sir Terry himself stopped by New York Comic Con yesterday, nominally to talk about his new novel Dodger, but of course folks were interested in Discworld events, on the page or otherwise.

The show is getting thirteen episodes. From Wired:

“Think of it like a Pratchett-style CSI,” the charismatic British novelist said. “Only you won’t get it over here because you tipped our tea in the harbor ‘n’ all that shit,” he joked to the laughing crowd.

Hard to tell if that statement’s all joke, or if American viewers will have to go quite a bit out of their way to join in the viewership. On the subject of other formats, Pratchett reiterated what’s become a familiar point for him: he’ll be writing for as long as his mind allows him, and so long as that happens, he will return to the Discworld series (Dodger is set in Dickensian England rather than the Discworldean Ankh-Morpork).

Since being diagnosed with Alzheimer’s the author has become not only an advocate for Alzheimer’s research, but a vocal proponent of legalizing assisted suicide. “You must pray for me,” he told the NYCC audience. Then the noted humanist continued, jokingly: “You don’t look like a praying lot, I must say.”