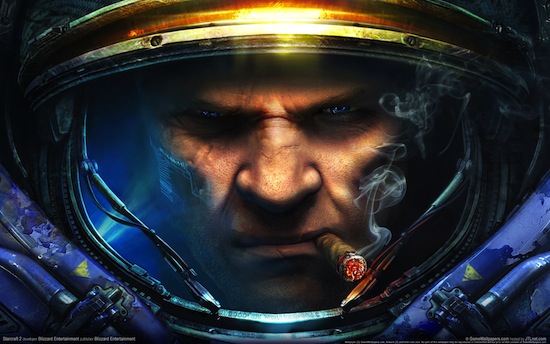 It’s a good day to be a human! Not only are we at the top of the food chain here on Earth, but according to a recent study by researchers at the Royal Observatory of Edinburgh, we Terrans would totally run the show in the StarCraft universe if it were to actually play out in real life.

To come to this conclusion — which does seem a bit biased — the research team analyzed data from 500 online StarCraft matches, logging the results of player strategies and the results of those strategies to determine the rate of success for each race as they pursued different strategies. They then plugged that data into a sophisticated statistical modeling program and overlaid the results on a representative sample of the Milky Way galaxy.

Though the three races in the game would have been nearly deadlocked, as developers at Blizzard intended, when the simulations are played out over a long enough span of time, the results speak for themselves, says a blog post accompanying the paper:

“It was found that the Terran inhabitants of the fictitious Koprulu sector, pursuing a strategy of early pressure against their opponents, would eventually conquer their Zerg and Protoss adversaries.”

According to the team behind it, the study, which has not been submitted to peer-reviewed journals and is a labor of love conducted outside of work hours by its authors, was meant to bring attention to statistical modeling and science. Well, we can sure think of worse ways to do that.