Terminally Illin: A Comic Book About Cancer For 20-Somethings | The Mary Sue

Terminally Illin’: A Graphic Novel About a 20-Something Battling Cancer 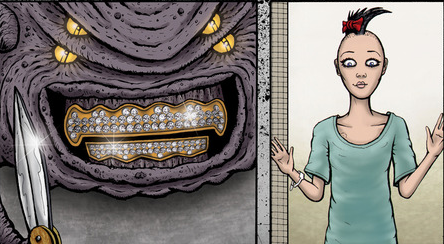 A cancer diagnosis at any time is unfair and bad news, especially when you’re a young adult in the prime of your life, ready to take on anything. Kaylin Andres was one such person, and after surviving her own battle with cancer, she’s fictionalized the experience in the form of a comic book, Terminally Illin’. Along with collaborator Jon Solo, she’s running a Kickstarter campaign to create a digital version of the comic and spread the word. After the jump, more details and pictures from the project.

Here is the plot: A young woman in her twenties is diagnosed with cancer. When she undergoes her first round of chemotherapy, she begins a Fantastic Voyage-style journey into her own body to discover and fight the disease. On the site, it’s described as “a chemo-induced ‘Alice in Wonderland’ meets campy ‘Hollywood’ action-adventure.”

She’s joined by her pet kitty, Iceman, as they set out to destroy the Tumordome, the invading cancer cell army, and their leader – the little dictator that’s bent on world domination. But they don’t do it alone – they make friends with a rag-tag bunch of weakened immune system cells that are on their last leg. Hilarity and butt-kicking will ensue.

Here is the cover: 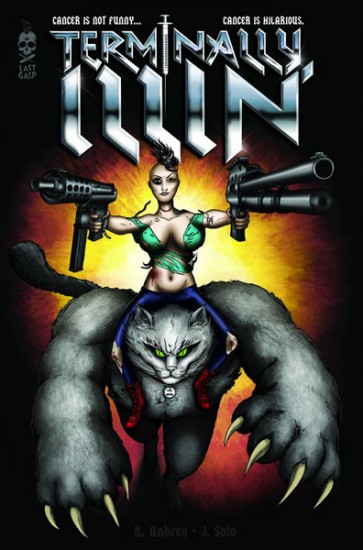 Last year, Andres successfully raised the money (again on Kickstarter) to publish a 26-page preview issue that was distributed to cancer patients her age in hospitals and got great feedback. A survivor of thyroid cancer, she continues to fight Ewing’s Sarcoma, a form of bone cancer, and blogs about it at Cancer Is Hilarious. Her goal is to raise $5,500 (as of this writing, they have reached just over $3,000 with 14 days to go) so she can publish even more copies for free distribution.

Andres explains that there isn’t a whole lot of literature available in hospitals that cater or appeal to young adults. Terminally Illin’ hopes to provide a less sterile, more darkly-comedic (but realistically cynical) approach to dealing with the various aspects of fighting cancer while also being informative. For example: 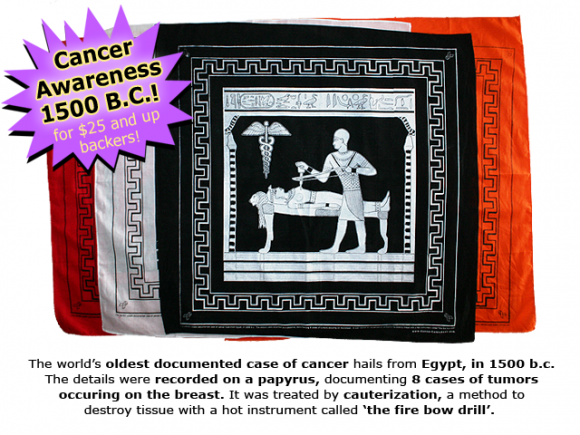 It’s something meant for giving back, not profit, and it’s getting excellent buzz in the community to which it’s targeted. In fact, some of the pledges don’t just include a gift for the pledger, but an additional gift for someone with cancer.

The campaign has two weeks to go, so if you or someone else you know might be interested, we direct you to this link: Terminally Illin’ on Kickstarter