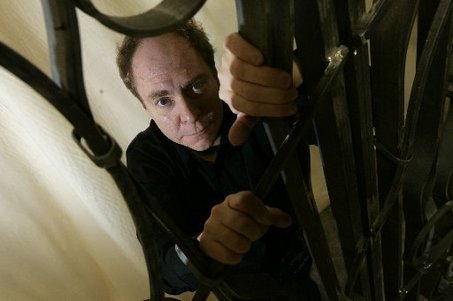 Let’s precede this news with some other news: There is a stage production of William Peter Blatty‘s The Exorcist coming to Broadway next year. And also, Penn & Teller are not splitting up. In a recent press release debunking the latter story, it was revealed that Teller is working on the Exorcist show, adding his own illusionist expertise to the supernatural story. Hey, wait a second — this might be awesome!

Bleeding Cool first reported on the Exorcist show back in May, announcing that a script written by John Pielmeier (Agnes of God) would be directed by John Doyle. Thankfully, this is not going to be a musical, and is said to “focus on the psychological aspects and questions of faith.” That would be the creepy part of The Exorcist.

And Teller will be enhancing that creepiness by bringing his knowledge of magical and spooky stage antics to this production. His most recent dalliance with such subject matter was in the off-Broadway show, Play Dead, on which he worked with Todd Robbins to create an atmosphere reminiscent of an old, abandoned theater that was haunted by ghosts of the dearly departed. The show carried warnings about the portions that took place in total darkness, cautions for those who are “claustrophobic, nyctophobic [afraid of the dark], subject to panic attacks.” There was even a warning for the “recently bereaved,” saying that some parts might “hurt.”

Teller will now apply his talent for severely unsettling people to The Exorcist. It’s easy to imagine how freaky the actual exorcism scenes will feel now. I wouldn’t be surprised if they actually lowered the temperature in the theater to recreate the frigid climate of Reagan’s bedroom. And now, this is sounding like it could be an amazing show.

But, oh yeah, this business about Penn & Teller splitting up. This is not happening. Apparently, there was a rumor that this was happening, but Bleeding Cool has seen a press release that stated that the duo are working on separate projects in different countries at the moment. Penn is in New York shooting The Celebrity Apprentice, Teller is in London working on The Exorcist. Both can currently be seen in their Discovery Channel show Penn & Teller Tell a Lie at 10:00 PM on Wednesday nights.