Why I Loved Wonder Woman, According to the Internet | The Mary Sue

All the Reasons I Loved Wonder Woman, According to the Internet 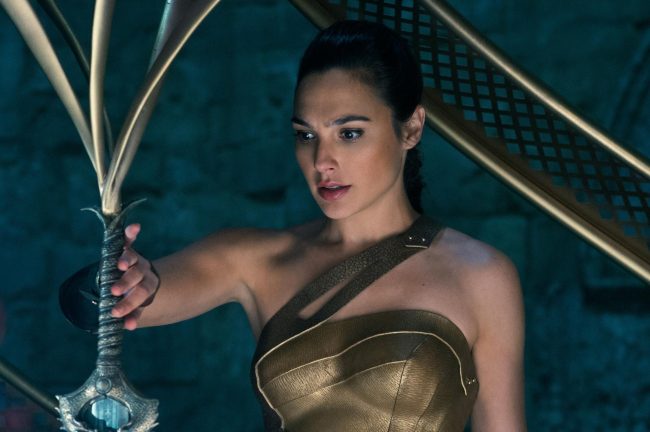 When I left Wonder Woman last weekend, I was beside myself. I loved the movie so much, felt so elated, so empowered, so entertained. But then the confusion set it.

As a professional critic and general internet commentary person, I’ve spent years being told I don’t like movies. Never mind the fact that critics get into their line of work because they’re movie fans, in the eyes of readers, we’re professional haters. It’s our job to kill your joy. Yup, it’s my actual job description.

So I tried to readjust my brain feelings. I tried to hate it. After all, this isn’t just a movie–which, remember it’s my job to tear down–but a DC movie! If I’ve learned anything from the things people on the internet have told me, it’s that I’m contractually obligated to loathe DC movies. I might have thought I couldn’t stand Batman v. Superman or Suicide Squad because of my own personal taste or their overall quality, but nope. According to a large and very vocal section of the internet, I was never going to like them; I’d decided that ahead of time and no amount of majestic filmmaking could change that. It’s all political, don’t you know.

But hold on. Because now all these dudebros on the internet are saying that my reaction to Wonder Woman is purely political, too. That I had made up my mind to like it before I went in because feminism and representation and all that. According to these people, the movie wasn’t as great as I’m saying or maybe convinced myself it was. It was probably pretty bad, or maybe just okay, they don’t know cause most of them haven’t seen it, despite being really upset over not getting to go to that one screening. But, you know, that one review said it wasn’t as good as I thought it was and that other one only gave it like one drooling man out of five.

That must have been really confusing for my brain, right? I wonder how it decided who won, the DC/all movie-hating side, or the bra-burning, man-hating side? Wow, tough call. Sorry for putting you through that, brain.

The internet says I’ll like any movie with a woman lead. Throw in a woman director and some super powers and I’m surprised I even made it to the theater, what with the falling all over myself. I didn’t even need to watch the movie (I probably didn’t!), I was going to love it no matter what. And I’d already made up my mind that if anyone else didn’t like it, they were obviously misogynists, that’s the only reason. Because according to the internet, this movie wasn’t a movie to me at all. It was a feminist statement. (I had thought it could be both, but the internet told me I was wrong in thinking I thought that.)

But then there’s the other side of the internet, agreeing that yes! This movie is a feminist statement! It’s historic, and is serving to empower women and girls everywhere. And I do have to admit, that sounds pretty cool to me.

“why is wonder woman even so important???”

I guess I just feel I should apologize. I’m sure I let some of you down. I was supposed to hate the movie because I’m a critic, and love the movie because I’m trying to drive men out of Hollywood. But then a genuinely great movie entertained and moved me, and yes I was filled with pride at this accomplishment. But if there’s one thing I’ve learned from being told over and over and over again by eggs of Twitter, it’s that it’s impossible for a woman critic to have a genuine reaction to anything.

So thank you to the internet, for letting me know how I feel and why I feel it, and I’m sorry if I let you down.