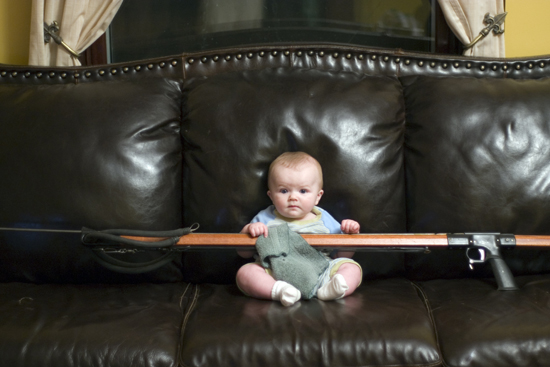 When someone mentions to you that they know a story about a kid being shot in the head with a spear gun by one of his friends, it’s not unnatural to come to the conclusion that the kid involved is definitely dead. Fortunately for Yasser Lopez, not all stories end the same way. When Lopez was shot, the spear entered his head above his right eye and continued on to extrude from the back of his skull. It’s like some kind of weird gun safety video.

All jokes aside, it’s a bit of a miracle that Lopez survived at all. He was even awake when first brought to Jackson Memorial Hospital though the BBC notes he was “agitated” when he arrived. Perhaps the spear through his head would give sufficient reason for a little agitation. But then again, I’m no doctor. After some lovely drugs were administered to sedate him, they required a mechanical cutter to remove some of the spear just to fit him the CT scanner.

Lopez was shot while swimming near his home in Miami. A friend was loading a spear gun when he accidentally fired it. Sounds like Lopez might be in the market for a new friend to boot. At this point it’s hard to say what kind of lasting brain damage Lopez will have but nobody wants to be “The Guy Who Game Yasser Brain Damage” at parties.