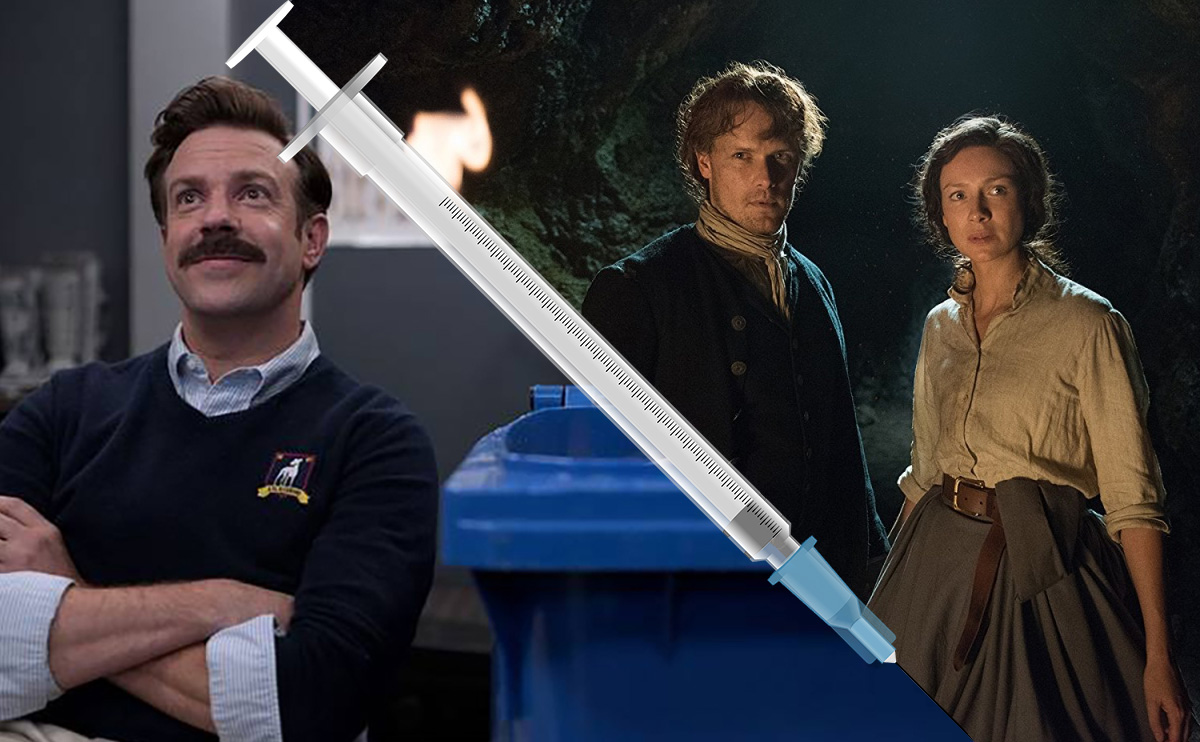 When podcasters and cowriters of the book Legendary Children Tom and Lorenzo tweeted “Ted Lasso fans are a passionate bunch, aren’t they? They remind me of Outlander fans but vaccinated,” people from both camps (but mostly Outlander, as they were the punchline) got very upset.

I read the initial joke as light Twitter-y snark, especially considering Tom and Lorenzo run an opinion and fashion website, but some people were really, really riled up.

This ain’t gonna go they way they think it is… esp in the middle of #Droughtlander YIKES https://t.co/iDAXVODHLf pic.twitter.com/juw4BFWxBX

I wonder if he’s talking about the tr*mp supporting section of the fandom.

Even an Outlander writer, Richard Kahan, chipped by urging fans to prove it wrong … by getting vaccinated.

But not everyone in the fandoms turned to thinly veiled sexism and/or anger, at least.

I’m a vaccinated Outlander fan, but yeah this tweet made me…. https://t.co/6CHEvX2wLf pic.twitter.com/qcsLYw0FXw

In the fray of upset, one point that was brought up, again and again, was that Outlander’s protagonist is a combat nurse who actively discusses vaccines (that were new to the world when she became a nurse). Diana Gabaldon, the author of the series, worked in various science fields and earned degrees in Zoology, Marine Biology, and Quantitative Behavioral Ecology (her Ph.D). She has voiced vaccine support as far back as December and January, when it was only available to nurses like her daughter.

Just got this in my texts from Elder Daughter (Laura the Nurse):

Covid vaccine dose #2 is done! I have selected my spiked mask for the occasion, to symbolize the spike proteins to which I should soon start making antibodies. Thanks, science!” pic.twitter.com/2slpvaFWfj

It can be the case that the characters and even the people working on a show can be pro-basic health policy. However, just because all of these people may or may not believe in science and vaccines, that doesn’t mean the fans do, which is where the Tom and Lorenzo joke derives its momentum. The overall demographic of Outlander-watchers, alongside the sometimes overzealous way they defend the show and discuss the actors online, is what the joke is riffing on. Let me preface this by saying that I am an Outlander fan myself, but more on that later.

Middle-aged white women are the show’s main demographic, and while women are slightly more likely to be vaccinated than men, “white” and “middle-aged” are more in the middle of the pack in terms of vaccination rate in America. Sites such as the DataFace found that, in 2018, (with Ranker data) 58% of the Outlander TV series’ audience is women. According to the chief operating officer of Starz in 2019, the audience of Outlander is “24-54 and a little more economically viable than other segments.” I’m burying the lede here a bit, because he actually called that demographic “premium females” (barf) before explaining what it meant.

Though the vaccination rates don’t exactly paint the demographic as anti-vaxxers, it’s hard to make a case on that basis when that’s talking percentages, and there are many, many more middle-aged white women who aren’t vaccinated than those of other demographics in terms of sheer numbers. Not only that, but it’s worth noting that many in the same demographic are often the group on the frontlines of pushing against vaccines and basic COVID-19 safety. This same demographic was more likely to be engaged in vaccine hesitancy even before COVID-19.

Then, we have the supposed reasons for vaccine hesitancy to consider. While the conspiracy theory of microchips has dominated the media conversation, the conspiracy theory that the vaccine sterilizes women is also very prominent. The U.S. does have a recent history of sterilizing poor, (mostly non-white) women (even as recent as 2020.) This fear, against the backdrop of the increasing mainstream nature of the “Great Replacement” Theory fueled by Fox News pundits and OAN, is the main driver of conspiracy that the vaccine is sterilizing women.

This demographic background goes to show why the initial Tweet reverberated with people who both found it on the nose and those who took offense. And make no mistake, I’m not just looking for a reason to bash Outlander. I haven’t watched Ted Lasso yet (currently halfway through Doom Patrol in terms of working through things I have yet to watch) and have never engaged with its fans beyond the individual level (on TMS staff). I’ve been a huge Outlander fan, on the other hand, since fall of 2016.

I SOBBED through the episode “The Battle of Culloden” during Thanksgiving break while working on my Graphic Novel Design final. This was the second time in my life that I paused in the middle of reading/watching something because I just had to know something, so I cheated a bit. In this case, I Googled whether there was another book or season coming (turned out there is a whole long series) because, ya’ll, I could not handle that ending.

In retrospect, my emotions weren’t at the most stable since this was days after Donald Trump was confirmed as president-elect, and it was the end of a full-load semester. However, it was still good, and I burned through two seasons in 4 days. Then, I got my partner into it and then one of my best friends. If you are keeping track, I have watched the first few seasons multiple times. 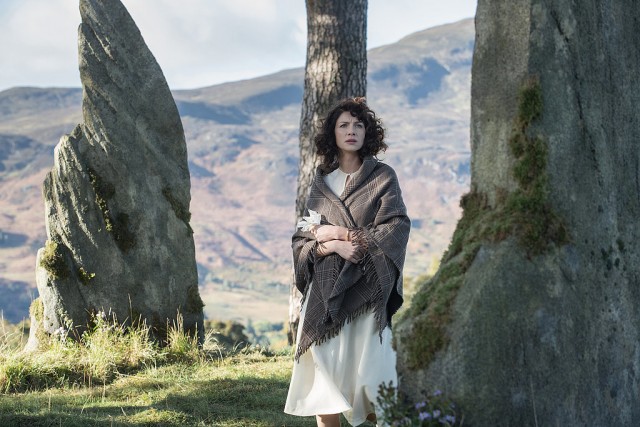 Since then, some of my favorite gifts from my partner have been Outlander-themed, such as the Fraser Tartan Reversible Cape from Torrid and my title as a Lady of Scotland (with funds raised going to education and land management). Even before the show trekked over the Atlantic, I saw the ways the British Empire colonization of the Scots paralleled what happened in the U.S.

All this is to say that I love the show and have several of the books, so I don’t say lightly that “our group” is least likely to be vaccinated.

Beyond vaccines, this fandom (like many big ones) can be very toxic. On a peek in, I felt really weird that I felt like I was the only person under 40 and not white (or white passing). That is why, other than the author herself and a few show-related people, I only follow the group Blacklanderz. I haven’t checked out the shows they watch on the off-seasons (“Droughtlander”), but they are so much fun to interact with and represent the diversity of fans within a majority-white show.

The cast has spoken about this toxicity from the fandom, too. The co-lead, Sam Heughan spoke up about the harassment he received, as well as his family, friends, and coworkers, at the start of the pandemic. This is a small part of the fandom, and I am not saying that this is the same section of people not getting vaccinated (thoughhhh), but it goes to show that parts of the fandom wildin’ out is not unheard of.