We Ask Prominent Geeks: Team Edward, or Team Jacob? We Get … Interesting Replies 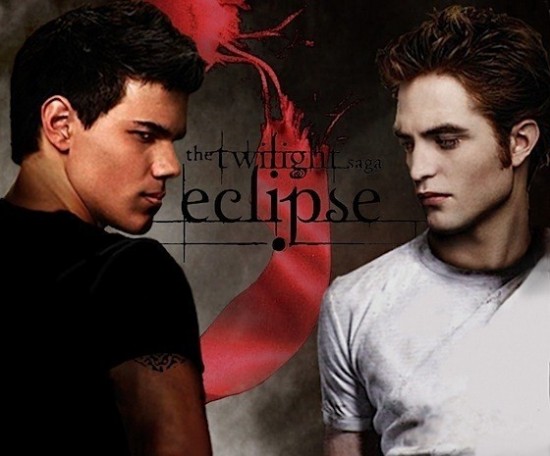 Twilight: Eclipse: This is a movie that is in movie theaters, and some people are apparently very excited about it. Yesterday, there was quite a stir at Supreme Court nominee Elena Kagan’s Senate confirmation hearing when a senator pseudo-asked her stance on the Twilight feud between Edward (the vampire) and Jacob (the werewolf).

Against our better judgment, we’ve taken it upon ourselves to ask some prominent members of the geek world where they stand in the Edward vs. Jacob feud. Our final tally: Edward: 2, Jacob: 1, Other: 6. As for the replies we got — well, let’s just say we’re not going near Warren Ellis’ estate anytime soon. 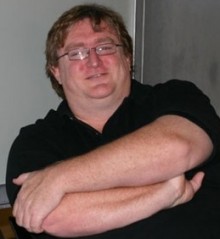 “Team Edward of course. Everyone like sparkles and vampires don’t shed on the upholstery.” 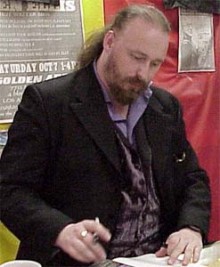 Author of many comics, including Transmetropolitan

Team: Get the fuck out of my house

“The crappiest vampire in all of fiction — and I include George Hamilton playing Dracula in that — and a werewolf that wants to fuck a baby.  Those are my choices?  Get out of my house before I set the hounds on you, you little bastards.” 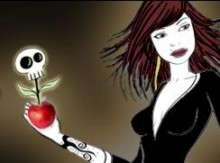 “While I’m not a Twilight fan, I was curious enough about the phenomenon to check it out. After reading the first two books, I couldn’t understand why anyone would be Team Edward. I know he’s supposedly really smart, but he barely speaks and when he does, he doesn’t really come off as an intellectual. And, I know, he’s ‘vampire sexy,’ but what good is a hot boyfriend if he can’t even kiss you? Good for nothing, I’d say. Plus, he’s shown that he’s a “man who leaves” (meaning, the bastard broke your heart once, he can do it again). On the other hand, there’s wolf boy Jacob: cute, nice bod, strong, good with his hands, knows how to have a conversation, and you can make out with him without him killing you. My pre-Eclipse decision would have definitely been Team Jacob. Post-Eclipse, I realize that Jacob’s a bit immature and has proven that he doesn’t really take “no” for an answer, while Edward is actually a good-natured gentleman. Tough decision: Killer emo vampire or hairy potential date rapist? I can’t believe I’m about to say this, but I’m gonna have to switch to Team Edward. (Don’t make me regret this, Edward.)” 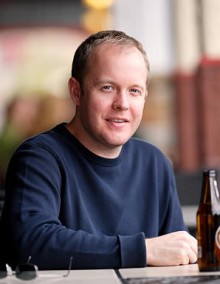 Founder and administrator of Fark.com

“I’m Team Rifftrax. Without them the entire movie series would be totally unwatchable.”

“ha, no idea about this… not a Twilight fan. sorry!” 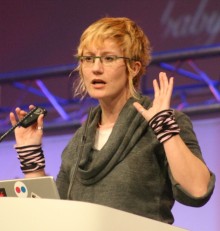 “Hmm… Let’s see… two insanely jealous men who are always bordering on being violent… one whose “bros” are always going to come before her at the expense of meaningful intimacy and one who’s far older than her in ways that create unacceptable power dynamics… I think I’ll go for neither.  But this is why scholars shouldn’t be allowed to participate in such polls.” 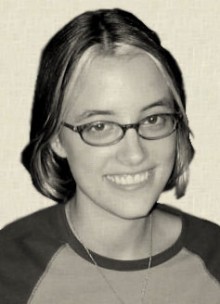 “Somewhere circa 2003 I would’ve have been unquestioningly on the side of any vampire over any werewolf; however, intervening events have tilted me into the camp of those who would appreciate vampires being given a time-out.  (The sparkling alone seems desperately pretentious.)

Whereas Jacob strikes me as a stand-up young guy, a fellow Pacific Northwesterner who probably knows his salmon and where the best trails are in the Olympics, age-appropriate for his romantic interest, and, bless him, he actually turns into something resembling a real wolf instead of a guy in a fur-suit or a CGI freakshow.  While that whole “imprinting on a baby” thing is a little ooky, it’s just one black marble to Edward’s nine hundred slightly crawly transgressions.” 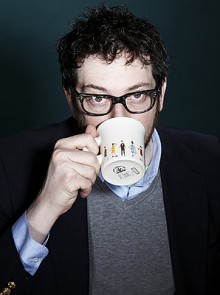 “I’m on Team Charlie Swan — that man has the toughest job in the world. Raising a vampire-lover while being a cop isn’t easy. Yet he still finds time to knock back a few beers. Good on you, Charlie Swan.” 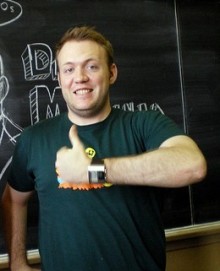 “First off, I’m sorry if I make any wrong assumptions here. I have not seen the movies or read the books.

The lady in this movie is pretty young. When you’re a teenager and your hormones are all crazy, it can feel like your first love might be the one you want to be with for the rest of your life. And right now I’m sure it feels like she has to pick THE ONE from two different half-human monster people.

This is dumb. It hardly ever works out that way. There are lots of nice boys out there who aren’t horrible freaks that might wig out and kill her if they kiss too hard. Who knows! Maybe when she’s 28 or something, she’ll meet a nice wizard, and she can marry him!

A nice wizard, Bella. Think about it.”