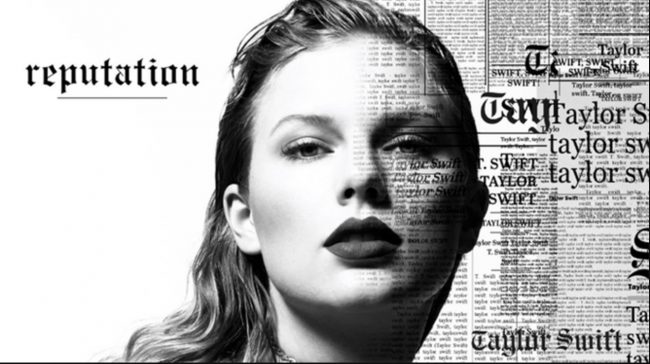 Taylor Swift’s new single “Look What You Made Me Do” from her new album Reputation is finally out, and is being met with polarized reactions. Some are lauding it as an empowering and venomous anthem about fighting against those who wrong you. People writes, “she’s no longer Juliet crying on the staircase or even a nightmare dressed like a daydream.” The “Old Taylor” is dead, this is a defining moment in her career as she no longer plays nice, bites onto jewelry, and rises from the ashes.

In contrast, others are identifying it as the pop-star blatantly doubling down on her “Old Taylor”-ness, retreating into the familiar role of victim, and adopting the language/imagery of female empowerment for her own brand. Once a snake, always a snake. Vulture called the single “dead on arrival” and many were quick to point out similarities to Beyoncé Lemonade, which no mortal creature can live up to.

When you borrow Beyoncé’s lemonade jug to mix the optics of Bad Blood & the use of minorities as props from Shake It Off.
Add salt to taste. https://t.co/SvkOVDROW6

Now, if you’ve been on the internet at all today, you’ll see dissections of the song and how it’s all about the incident. I’m referring, of course, to the time the pop star’s reputation took a huge blow after Kanye’s wife Kim Kardashian revealed via the release of a recording that Swift did indeed give West permission to use her name in the Life of Pablo single “Famous.” There’s also plenty of press on Swift’s feud with Katy Perry, making “Look What You Made Me Do” a pretty typical Swift song in the way that everyone is trying to decipher who she’s not-so-subtly sub-tweeting.

No, I don’t believe that Swift’s team purposefully planned the album release on the 10th anniversary of Kanye’s mother Donda West’s death (though that is definitely a huge PR flub that shouldn’t have happened), though “I don’t like your little games / Don’t like your tilted stage” and “The role you made me play: of the fool/ No, I don’t like you” are clear references to the rapper and Kardashian.

While the track is mostly underwhelming, as are the brief visuals we saw accompanying it, it was still met with a huge reaction online. The controversy around Swift and her feuds is, in one sense, a typical kind of Hollywood gossip—these stories get tons and tons of clicks because people love the drama (“Another day, another drama, drama”). However, it also lies in a larger conversation about how the singer often wields her white womanhood. Whether you are a fan or not, Swift is a hugely influential figure who inserts herself in these larger conversations about female representation and feminism. As a result, we can’t write off her song or the interrogation of it as pop-culture nonsense.

Public figures are—both fairly and unfairly—scrutinized more because of the influence they hold. Swift has been highly criticized for using feminism as a marketing tool, staying mostly silent during the election, and manipulating the press through victimhood. In the case with Kanye, it felt especially sinister how the entire situation fit into the mold of “scary black man bullies white girl.” (I reommend this Buzzfeed article, which is a detailed, and in-depth dive into how Swift’s career has often played on the projection of victimhood.) However, Swift has also recently spoken out in a powerful case around a man who groped her, inspiring many by suing for a symbolic $1 and publicly supporting sexual assault survivors.

Swift has definitely been subjected to a disgusting amount of misogyny and predatory media throughout her career, no one is denying that or excusing it. However, is her attempt to take back the snake that became synonymous with her name after the Kanye incident empowerment or deflection? “Shake It Off,” despite a problematic and misguided music video, worked because it was about the gendered way that people and media looked at her dating life. In contrast, her Reputation single directs that anger and frustration towards a situation where, at least from the public eye, she appeared very much at fault.

“Look What You Made Me Do” is a very telling title, because it’s an immediate accusation. Taylor, in this song, immediately declares that she can’t be held accountable. “The role you made me play/Of the fool” she sings, painting an image of helplessness. The song is one of revenge, of Swift rising from the dead with her list of names (“Yours is in red, underlined/I check it once, then I check it twice, oh!”). She warns, “all I think about is karma” and “Maybe I got mine, but you’ll all get yours.” Note the “maybe,” and the way that skirts around even the suggestion that Swift deserved some of the pushback.

This separation of “Old Taylor” and the new, smarter, harder Taylor risen from the depths can be interpreted in a number of ways. It’s a common pop-star move to try and indicate some kind of big shift, a departure from the old to not seem redundant (you could argue that Swift has already employed this a number of times in her career from “Bad Blood” to her dark Met Gala look). From another point of view, one might argue it’s another example of Swift’s very intentional branding that puts her in the position of a simple, down-to-earth, innocent girl who never wanted to be part of this narrative, until she was made to. There was no sinister calculation, she was made to do this. You killed her and now karma is coming for everyone, but not her.

Swift’s new single, and Reputation will likely be everywhere soon as few can deny the catchiness, popularity, and reach of her music. There’s nothing wrong or terrible about enjoying her music or even finding inspiration in it—I’m sure many listeners will. However, with the ways that Swift’s music inevitably blurs the musical, personal, and political, it’s important that we don’t mistake rejecting accountability with female empowerment.