Taylor Swift Donates $250,000 to Kesha in Show of Solidarity 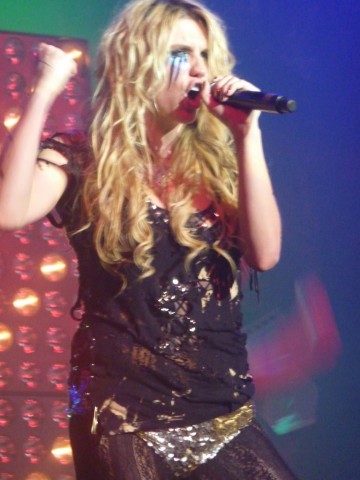 We’ve been talking about Kesha’s legal troubles for a while now, and after the horrific recent ruling that basically placed contractual obligations over a young woman’s mental and physical well-being, people have been speaking out against Sony and a legal system that would prioritize the bottom line over a woman’s life in this way. Yesterday, Demi Lovato issued a challenge to feminists that haven’t been speaking up to speak up in Kesha’s favor and show support. Enter Taylor Swift.

While Swift has yet to make a statement about this herself, her spokespeople revealed today that she has donated $250,000 to Kesha “to help with any of her financial needs during this trying time,” according to The Washington Post.

Kesha’s mother, who tweets as @grannywrapper, confirmed the donation and seemed touched by Swift reaching out, saying:

Taylor Swift has just generously donated $250,000. to Kesha, as a show of support during this difficult time.AMAZING!!

A persons wealth is not measured by what they have but by WHO they they help with it. And Taylor Swift is is a truly RICH PERSON.
Thank you🌹

Most important for Kesha, is that these beautiful, powerful women are standing behind her, letting the world see how powerful the truth is!

Meanwhile, Kesha herself expressed gratitude for the support she’s received in the face of this court decision in her most recent tweet:

thank you for all the support in my legal case animals. i love all of you. it’s meant the world to me. xoxo pic.twitter.com/arHNPSxFs8

What’s interesting is that Demi Lovato, after calling out to feminists to support Kesha, seems unimpressed with Swift’s gesture, saying:

Take something to Capitol Hill or actually speak out about something and then I’ll be impressed.

I hope that Lovato is planning on doing just that! In the meantime, I think that it’s important to remember that feminism isn’t a contest, and that there are myriad ways to support another woman in her hour of need (personal help like what Swift is giving, larger activism like Lovato is prescribing). There isn’t only one solution to the problems Kesha is facing. Systemic problems call for solutions from every angle, and if everyone spent less time criticizing how other people are helping and more time figuring out how they can best help, we’d get a lot more done.

And let’s not forget who the real enemy is. I’m looking at you, Patriarchy.

In the meantime, #FreeKesha, Sony. You can still get on the right side of this.