"Women empowerment is speaking up for other women even when it's something uncomfortable to speak up about." 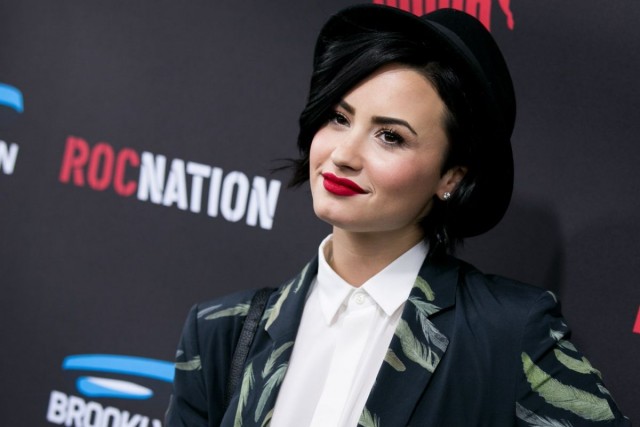 Singer Demi Lovato added her voice to those defending Kesha in a series of tweets yesterday–but she also made the point that those who stay silent in lending support are hurting, not helping.

Below are just a couple of the ones she tweeted out last night, joking that “women empowerment is tweeting at 2:30 am knowing the consequences of these tweets and not giving a single f-ck”:

Frustrating to see women come forward with their past only to be shot down, not believed & disrespected for their bravery in taking action

Someone tell me why anyone would ever feel brave enough to come forward if they are most likely to be ignored or called a liar?

I'm also ready for self-proclaimed feminists to start speaking out or taking action for women's rights.

Women empowerment is speaking up for other women even when it's something uncomfortable to speak up about.

Women empowerment is taking action now, not when it's convenient.

A tweetstorm in the wee hours of the morning may not be a solution–but on the other hand, Lovato’s argument isn’t wrong. While there have been many famous people in the music industry–both men and women–who have voiced their support for Kesha via social media and elsewhere, it’s also worth noting that some big names have stayed silent on the matter.

I don’t think Lovato is calling out anyone in particular for not speaking up, but I do appreciate that she clarifies that when it comes to empowering women, we should be willing to do it at all times–not just when it might be more convenient for us. At the end of the day, though, talk is just that–it’s our actions that will speak louder than anything we have to say.