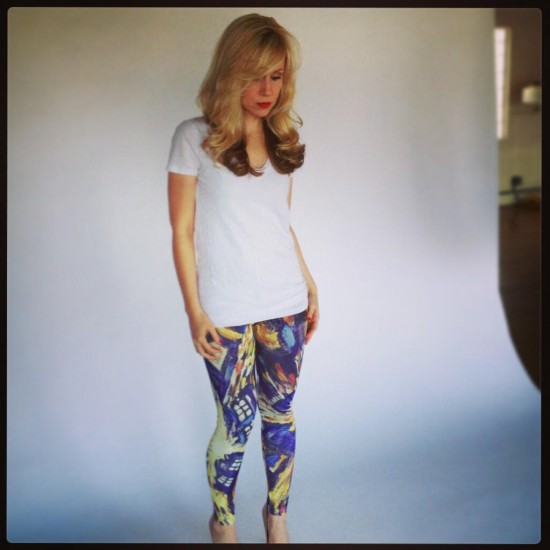 And not just any TARDIS leggings. Van Gogh leggings. The company merely tweeted a picture of this photoshoot, so the leggings aren’t available yet, nor are they priced, but this is Her Universe here. I’m guessing we’re not going to be talking Black Milk pricing here. Set your anticipators to enthusiasm.