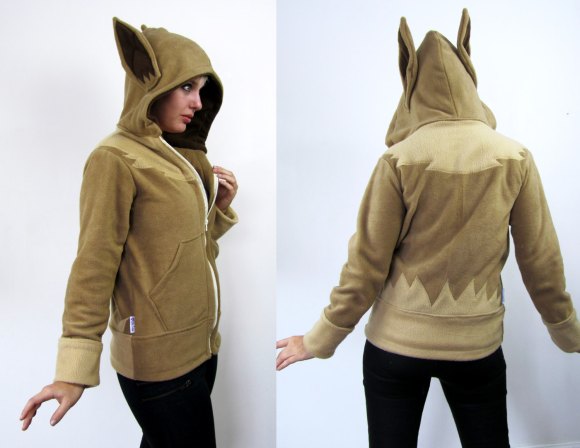 This weekend at PAX East I got to hear Sam Hart sing a sad song about Ash deciding whether or not to forcibly evolve Pikachu into Raichu, and I figure that’s a dilemma that many Eevee owners have also faced. After all, Eevee’s got so many flashier evolutions to choose from. Rarity’s Boutique on Etsy, for example, lets you choose from Eevee, Vaporeon, Jolteon, and Flareon to wear. Choose wisely.