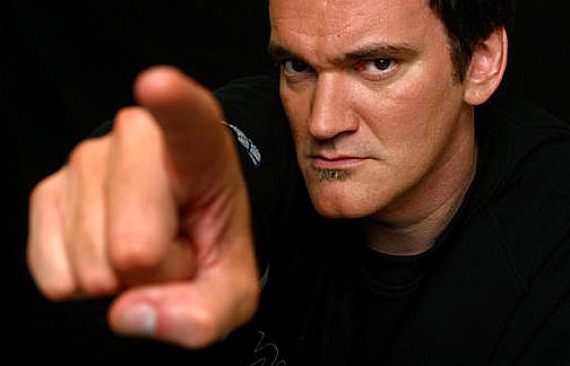 After the Oscars, celebrities party. They also take the opportunity to look ahead to future Oscars and discuss future projects that might win them some. This weekend, Quentin Tarantino confirmed that the Western he’s been talking about making for years is very, very close to having a completed script. Even better news: Christoph Waltz is attached. Yeehaw!

According to IndieWire, Tarantino has been talking about doing a “spaghetti Western” since 2007. However, rather than write your typical shoot-em-up — and “typical” is not something people generally associate with Quentin Tarantino — he wants to focus on the less glorious side of the times. Namely, slavery:

“I’d like to do a Western. But rather than set it in Texas, have it in slavery times. With that subject that everybody is afraid to deal with. Let’s shine that light on ourselves. You could do a ponderous history lesson of slaves escaping on the Underground Railroad. Or, you could make a movie that would be exciting. Do it as an adventure. A spaghetti Western that takes place during that time. And I would call it ‘A Southern’.”

He certainly took the ugliest part of WWII and made it entertaining in Inglorious Basterds. This could be the best thing since Blazing Saddles!

Tarantino says that this script came to him quickly, unlike his other scripts, which tend to take forever for him to write. The “Southern” angle has not been confirmed as the storyline, but here’s to hoping that this is the idea he ran with. With his Oscar-winning actor Waltz secured for the lead role, this has the potential to be a pretty wild ride.