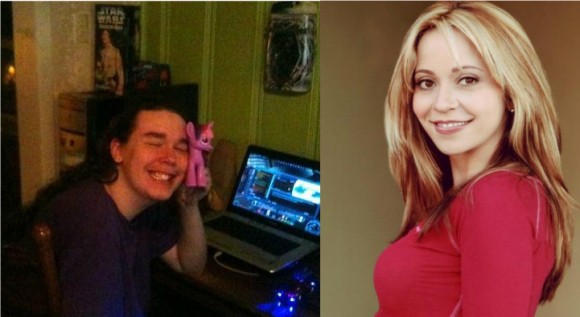 Voiceover dynamo Tara Strong was scheduled to appear at the Knoxville Comic and Anime Show, but ended up canceling. Much to the dismay of a teenage fan named Dragon and his mother Rebecca Andrews, who posted on the convention’s Facebook page that her disabled son had really been looking forward to meeting the voice of Twilight Sparkle on My Little Pony: Friendship Is Magic. While the VIP Andrews purchased didn’t help her son meet Strong at the convention, the actress went out of her way to let Dragon know how much she appreciated her fans: she placed a personal call.

Upon seeing the cancellation on Facebook, Andrews wrote: “Thanks for posting. Just wish she’d cancelled before I paid for the vip pass. Now I have to figure out how to tell my disabled son he won’t be meeting Twilight.” And wouldn’t you know it, as if she was on a mission to make sure someone was really, really, really devastated upon the noon-appearance, Strong was perusing the very Facebook post that Andrews was and set up the phone call between her and Dragon. The call included the following exchange:

Tara: Is this Dragon?
Dragon: …yes.
Tara: Do you know who this is?
Dragon: Yes, it’s Twilight Sparkle.

Dragon: Tara, you are so talented with all those voices you do.
Tara: Yes, yes I am, aren’t I?

Tara: (in Twilight’s voice) I love you, Dragon.
Dragon: (stunned, muttering) …love you, too, Twilight.

Strong even took requests from Dragon for other voices she did during the conversation that lasted a good 20 minutes or so. She wrote about the experience on her Facebook page:

This woman has one of the kindest hearts in the world. She really went above and beyond to make a mentally challenged child happy. She talked to him like she was really delighted to be having a conversation with him, and his smile just lit up the whole house. As for Dragon, he talked to her like she was an old friend, the same way he does to everyone else. He never meets a stranger.

Andrews went on to write that this was the kind of VIP treatment her son really deserved after years of being bullied by other students. Already a vulnerable target because of his disabilities, he’s a huge fan of My Little Pony, which we all are, but imagine how difficult it might be for a teenage boy with disabilities who has no idea that liking a TV show might cause some people to think you’re weird.

You’re not weird, Dragon. And if anyone tells you otherwise, remember that Tara Strong has got your back.