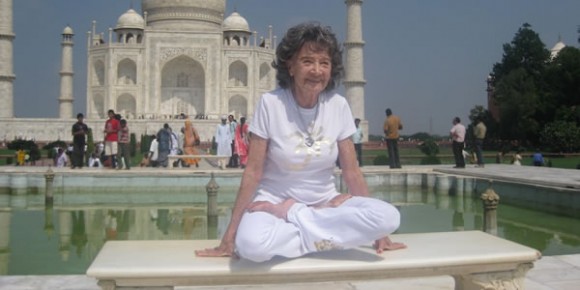 When Tao Porchon-Lynch was a younger woman, she won contests for her shapely legs. Now, at age 93, she’s been using those legs — and arms, and back, and abs — to bend herself into yoga poses that make people decades younger than her gasp in admiration. Her yoga journey began 45 years ago, later in life than most people who pursue it, but after finding herself loving the poses and the culture, she suck with it and share it with others. Her dedication has now earned her the title of the world’s oldest yoga teacher by Guinness World Records.

Porchon-Lynch told Guinness that since childhood, she always had a “zest for physical activity” and was first exposed to yoga at age eight. As she grew up, she pursued a career in show business and worked as a cabaret dancer, an actress (she appeared onscreen with none other than Elizabeth Taylor in The Last Time I Saw Paris), and a model, traveling the world. During her early career, she was honored with an award for having “The Best Legs in Europe.” She stuck with yoga the whole time and became a teacher at about 48 years old (if my math is correct). In 1982, she founded the Westchester Institute of Yoga, which she still runs with no sign of stopping.

Back in November, we introduced you to Bernice Bates, who was, at that time, the world’s oldest yoga teacher at age 91. A teacher for over 50 years in Florida, she was actually supportive of anyone who could take the title from her:

“Anyone that can beat the record is fine,” Bates told HuffPost Weird News. “I’m sure there’s a 100-year-old guy in India who can probably beat me.”

Turns out there was another senior yogi right up the east coast! Namaste! 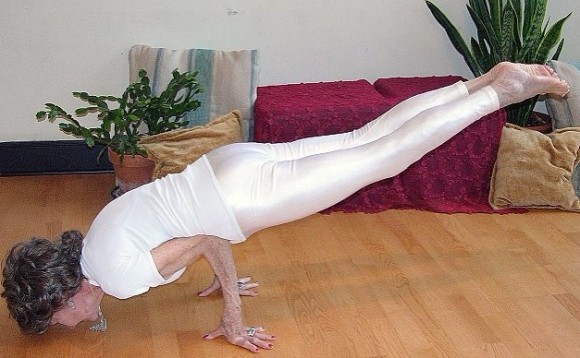