Jeffrey Tambor Will Not Return to Transparent | The Mary Sue

Jeffrey Tambor Will Not Return to Transparent After Sexual Harassment Allegations 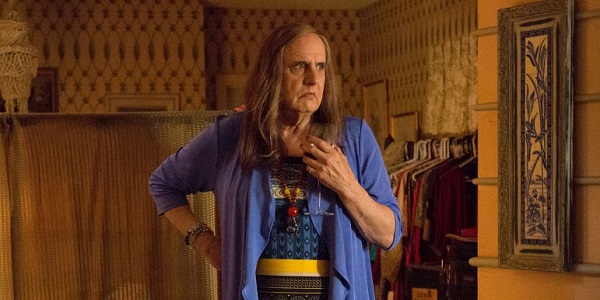 Two women recently shared their accounts of being sexually harassed by Jeffrey Tambor, which accused the actor of being verbally and physically harassing them on the set of on the set of Amazon’s Transparent. Tambor, the lead of the show, denied the accusations by claiming his actions were “misinterpreted”. However, Tambor announced last night that he would not be returning to the Amazon series.

“Playing Maura Pfefferman on Transparent has been one of the greatest privileges and creative experiences of my life. What has become clear over the past weeks, however, is that this is no longer the job I signed up for four years ago.

I’ve already made clear my deep regret if any action of mine was ever misinterpreted by anyone as being aggressive, but the idea that I would deliberately harass anyone is simply and utterly untrue. Given the politicized atmosphere that seems to have afflicted our set, I don’t see how I can return to Transparent.”

A 73 year old man just learned for the first time that the personal is political. https://t.co/d9pRQF3Tcq

Both Amazon and show creator Jill Soloway have not spoken about Tambor, but there is a currently investigation going on about the accusations. The state of Transparent is currently unclear, though many have suggested that Tambor’s exit opens room to re-cast his role with a trans actors—something that should have been done in the first place.

It’s also not impossible that Transparent might write out Tambor’s character or end the show altogether. The unfortunate part of that, as we saw with the cancellation of The Cops, is that this means the many trans talent employed by the show either on or off-screen will then be out of a job. However, Jen Richards offered an alternative that I think we would all stand behind:

For what it’s worth, if @HerStoryShow ever gets picked up, we’d gladly incorporate Shea & Davina into our shared queer LA world. I’d love to work with @tracelysette & Alexandra Billings, and any trans staff who lose jobs at Transparent. https://t.co/1IBub0klv1

Okay, now my brain is spinning out some kind of shared universe for recent trans t.v. characters. So: Paige (@angelicaross; Her Story) is an old friend/neighbor of Shea (@tracelysette; Transparent), and went to law school with Cameron (@Lavernecox; Doubt).

Lola (@Shakeenz; Difficult People) was in the same Brooklyn trans support group that Violet (me, Her Story) used to be in, and Allie (@la_wa; Her Story) went to college with Nomi (@MsJamieClayton; Sense8). Lola comes out to stay with Violet in LA, and Nomi asks for Allie’s help.