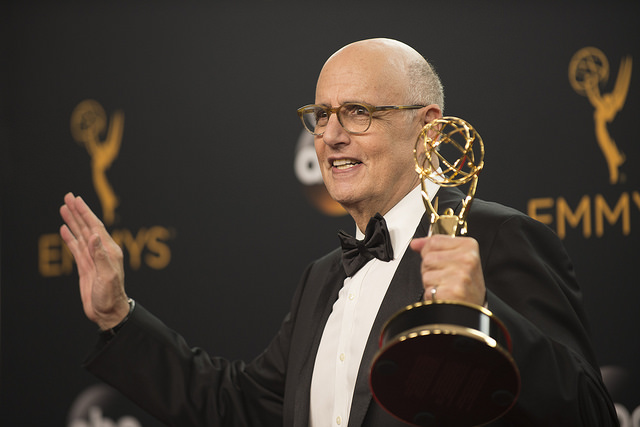 Hearing about problematic behavior always hurts more when it affects something you love. For the past four seasons, I’ve been enjoying following the journey of the Pfefferman family on Amazon’s Transparent. I even had the pleasure of being a background actor on the show, which had what I perceived as a safe and progressive set. According to two women working on the show, it was anything but.

Jeffrey Tambor, who plays Pfefferman matriarch Maura on Transparent, has been accused of sexual harassment by two women involved with the show. It all started with Tambor’s former assistant, Van Barnes, posting a private Facebook post alleging the sexual harassment she’d repeatedly dealt with at the hands of Tambor. Deadline Hollywood then got word that Amazon was investigating the situation, which made the situation public.

I happen to have gotten to know Barnes and be Facebook friends with her, so I saw her post, and while she doesn’t name Tambor directly, it was clear about whom she was speaking, and she discusses behavior ranging from subtle comments to out-and-out propositioning and everything in between. It was disturbing, because it wasn’t something that I wanted to believe about someone I’d met who “seemed so nice.”

This is why, when those closest to those accused say “they had no idea” this was going on, my tendency is to believe them. Now, there are definitely active enablers, for sure, but this is how being a predator works. The behavior is purposely done in secret. No one wants to advertise being a predator, because that makes hunting for prey more difficult, and the preying on is the entire point. The thrill of the hunt is itself the turn-on. The behavior happens in the shadows one-on-one while these people put on a friendly face for everyone else. Predators are master manipulators. They can all “seem so nice.”

And what was Tambor’s response to hearing of Barnes’ allegations? Not only did he vehemently deny them, but he framed Barnes as a “former disgruntled assistant,” implying that the accusation was not only false, but vindictive or retaliatory.

Now, we have word that Trace Lysette, an actress on Transparent who plays the recurring role of Shea, has come forward with allegations of sexual harassment and one instance of assault in a statement that appeared in The Hollywood Reporter last night. It started with a moment that Lysette initially laughed off when Tambor saw Lysette in wardrobe and said “My God, Trace. I want to attack you sexually.” Things allegedly escalated later:

“Then later, in between takes, I stood in a corner on the set as the crew reset for a wide shot. My back was against the wall in a corner as Jeffrey approached me. He came in close, put his bare feet on top of mine so I could not move, leaned his body against me, and began quick, discreet thrusts back and forth against my body. I felt his penis on my hip through his thin pajamas and I pushed him off of me. Again, I laughed it off and rolled my eyes. I had a job to do and I had to do it with Jeffrey, the lead of our show. When they called action, I put that moment in the corner into its own corner of my mind.”

The response to this second allegation has Tambor delivering a more nuanced statement. He still denies the behavior, but it’s interesting how, when a second accuser comes forward, who happens to be one of the actresses that fans of the show might know rather than an assistant that might be less well-known, the tone of the statement changes. He says:

“For the past four years, I’ve had the huge privilege—and huge responsibility—of playing Maura Pfefferman, a transgender woman, in a show that I know has had an enormous, positive impact on a community that has been too long dismissed and misunderstood. Now I find myself accused of behavior that any civilized person would condemn unreservedly. I know I haven’t always been the easiest person to work with. I can be volatile and ill-tempered, and too often I express my opinions harshly and without tact. But I have never been a predator—ever. I am deeply sorry if any action of mine was ever misinterpreted by anyone as being sexually aggressive or if I ever offended or hurt anyone. But the fact is, for all my flaws, I am not a predator and the idea that someone might see me in that way is more distressing than I can express.”

He didn’t say that this instance flat-out didn’t happen. But rather, that it was behavior that was “misinterpreted.” Like, when I stood on your feet and rubbed my junk against you that time, I didn’t mean it in, like a SEXUALLY COERCIVE way. That’s just how my family and I greet people. WHAT IS THERE TO MISINTERPRET ABOUT BEHAVIOR LIKE THIS?! PEOPLE KNOW WHEN THEY’RE BEING HARASSED AND ASSAULTED.

This is something that is frustrating about statements like Tambor’s, or like Louis C.K.’s, or the various other statements we’ve heard, statements that have clearly been carefully crafted by publicists to provide just the right amount of contrition to be “enough” while actually admitting minimal fault. The words are chosen very carefully and are intentionally vague, probably to prevent the wrong words from existing in print that might negatively impact any potential legal action. Except that the carefully-chosen words that say nothing, to me at least, are just as, if not more damning.

Just as astrophysicists suspect that dark matter exists, not by its visibility but by its absence and the holes it leaves, so too do we suspect that most of these allegations are true thanks to the words that are missing, and the holes they leave.