Talking Female Characters, “Friendzoning,” and Representation With The Writers Of Borderlands: The Pre-Sequel

"NOTHING IS MORE BAD-ASS THAN TREATING A WOMAN WITH RESPECT!" 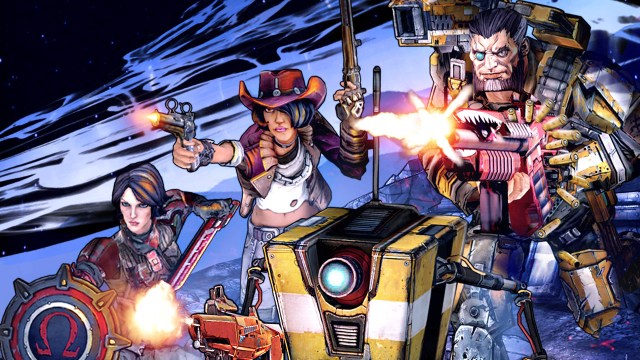 Borderlands: The Pre-Sequel came out last week, and we here at The Mary Sue were thrilled to see a game with an equal number of male and female playable characters (unheard of!). So we spoke with Gearbox Software writer Anthony Burch and 2K Australia writer Maurice Suckling to ask them about representation, female characters, and awesome guns in the new Borderlands.

We asked Burch and Suckling how they came to the unusual (but awesome) decision to have parity in the playable characters’ gender, and they said that while including Nisha was an easy choice because of her relationship with Handsome Jack, deciding on Athena wasn’t quite so simple.

“When Randy Pitchford, Matthew Armstrong, Brian Martel and I were in a meeting about the playable characters, the initial plan was to have Nisha, Wilhelm, Claptrap, and another male character,” said Burch. “I got irritated about the gender imbalance, and everyone else agreed we needed another woman.” Wanting a character with some morality to balance the group, and not having seen Athena since a first game DLC, they decided Athena would be the best choice. 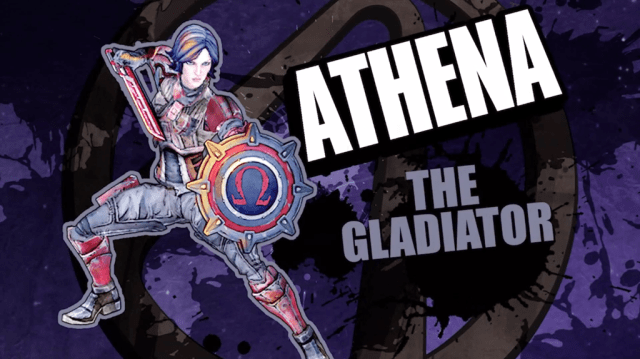 Suckling went into more detail about how Athena’s personality balanced the team. “She’s not that moral, given how much death she deals out, but next to the other Vault Hunters, you can see that she has a – very loose – kind of moral rudder,” said Suckling, “which was important in terms of the broader story concerns.”

“To round her out,” Suckling added, “she has underdeveloped social skills as she’s most comfortable talking about work and getting the job done and just dreadful at relationships. In the Borderlands universe, we always try and find another angle on a character – by giving them more edges and more possibilities of friction with other characters as well as more possibilities for making them distinct.”

“I’m really really glad we prioritized a 1:1 gender ratio in the playable characters,” agreed Burch, “because without prioritizing that we would have never gotten Athena, and without Athena we would have never come up with the frame story that ties the entire game together.”

But not all Borderlands‘ progressive characters are women. I’m sure most of you have seen this amazing piece of dialogue from The Pre-Sequel, where Mr. Toruge bashes the concept of “friendzoning”:

gg folk are really mad about the new borderlands because: pic.twitter.com/SBxPSr2Zdy

Torgue, whose defining line has to be “Nothing is more badass than treating a woman with respect!,” is one of Borderland‘s most interesting dude characters, so we told the Gearbox folks that we (and our readers) unequivocally loved this addition to his repertoire.

“Thanks!” said Burch. “Torgue started out as an over-the-top parody of masculinity, but in a kind of shitty and problematic way–in Borderlands 2 he has a line about how if you don’t like explosions “you must be wearin’ women’s underwear,” which is obviously problematic for like eighty reasons. As time went on and I got slightly less ignorant about gender politics while Torgue got slightly more popular, I tried to shift him into a more progressive frame of mind.” 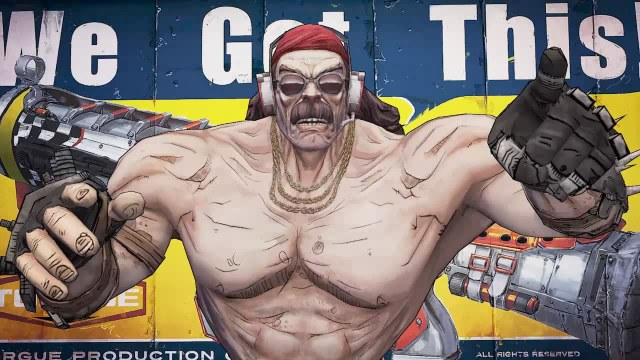 Suckling agreed that “[t]he fictional universe of Borderlands thrives on diversity, not just in personalities, of course, but also in gender, sexuality, cultural backgrounds, accents, heights, age. Everything that helps push characters into their own space increases our chance of surprising players, and of finding surprising interactions between those characters – which follows through into surprising story developments.” 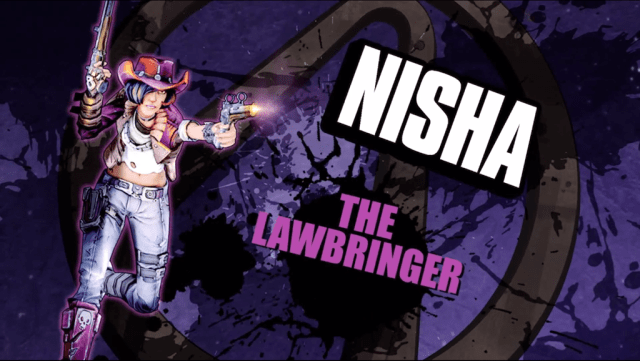 “Despite the dystopian future Borderlands in many ways represents, we’re also playing with the idea of a sub-textually, far more developed society where people embrace their neuroses,” Suckling said. “After all, the golden rule for us, is making the game entertaining and interesting. I think this is something cosplayers have latched onto. My theory is they identify with how un-repressed most of our most popular characters are in the Borderlands universe.”

In The Pre-Sequel, this diversity also includes a queer character, Janey Springs, the first character you meet on Elpis and the creation of Suckling and his 2K Australia colleague Marek Walton. “They wanted to make a friendly, likable, not-homicidal character for the player to befriend,” said Burch. “Eventually, we decided it’d be cool to make her a lesbian as well (as franchise director Matthew Armstrong pointed out we had lots of bisexual women characters, but no lesbians). Once we did that, it gave us an interesting angle to push on depending on which character you play as.”

For example, if the player is controlling Nisha (who is straight), Springs won’t make advances. But if you’re controlling Athena, Springs helps to awaken your character’s sexuality. “She’s not only gay but also totally comfortable with that like it’s no big deal,” said Suckling. “Making her so breezily at ease with her sexuality is also a way of hitting those two key elements I mentioned earlier – making her interesting and pushing this sub-textual idea that people in the Borderlands universe are often more at ease with themselves that we are. Not only does that make for good drama, but it also makes the fictional world compelling for audiences.”

In thinking about future Borderlands universe games, Burch would love to see more people of color, a trans playable character, and an asexual character (while being sure to be “incredibly careful and compassionate” about their representation). Suckling said, production issues aside, that he would love to explore characters with “cultural backgrounds and accents outside of North America.”

Which all sounds wonderful; but after all this serious-business talk about the importance of representation in gaming, we had to know just one last thing – what is their favorite weapon amidst the tons of diverse shooters in The Pre-Sequel?

“There is a unique laser gun in the game that fires a continuous, super-damaging beam, but the range is only a couple of feet,” Burch answered. “It’s basically a light saber, and it’s STUPENDOUSLY powerful if you use it correctly. I love using it as Athena and melting my enemies at close range.”

Suckling, on the other hand, said, “Hands down, Boganella. Some of the funniest recording sessions we did – with the wonderful Elle Dawe, who plays the brazen Shazza Jones in the Australian hit show Housos. She’s just riotous fun to fire – and it amuses me no end that the writers behind such an essentially Australian gun were a couple of Brits who were new to the country.”

Borderlands: The Pre-Sequel is available now for PlayStation 3, Xbox 360, PC, Mac, and PlayStation Vita. Will the game’s excellent representation get you to pick up a copy of your own?