Recap: The Magicians’ “The Art of The Deal,” Growing up, and Making Choices 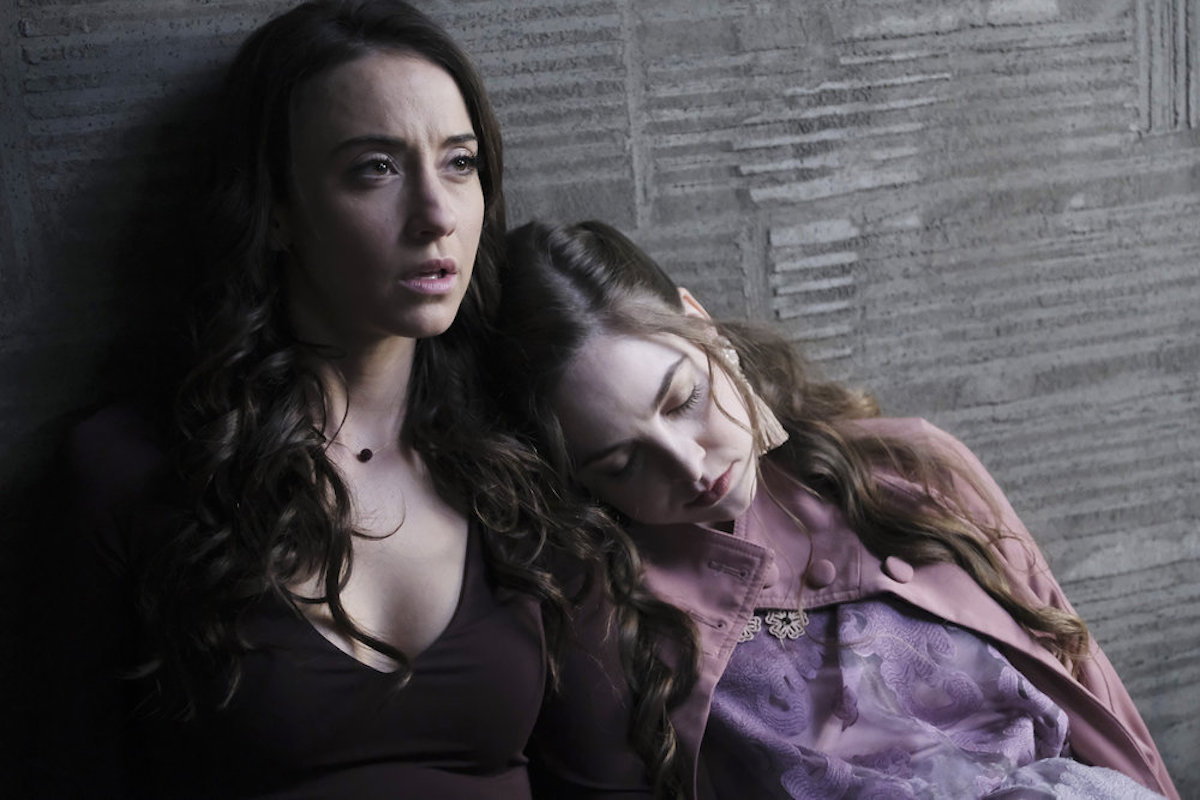 The theme of The Magicians’ “The Art of The Deal” is choices, who gets to have them and who doesn’t, or more accurately, how everyone has choices, but not to the same degree—not to the same degree at all, and that’s unfair. Sometimes, there’s nothing you can do about this unfairness, other times you can, and what is your responsibility then?

Q, Alice, Josh, Penny, Eliot, Margo, Julia, and Fen all answer this question in this episode. Oh, and so does the Fairy Queen.

Being in your 20s in America is when there’s a great cultural and class divide of what’s acceptable behavior verses what’s acting like a child. In this episode, everyone we saw grew up a little in their own worlds, and some ending up with bigger changes than others. Some are dealing with bad internships, while others are dealing with dead children and slavery.

Still others deal with relationship problems. When I saw Alice and Q have their fight about trust, I was thrust back to an argument I had with one of my partners in my 20s. Why am I expected to always know what I want, when you are not? When you don’t know what you want, it’s because you’re depressed, and when I don’t know what I want, I am a “bitch” or “crazy.” This is paraphrasing, but you get the idea.

Now, I have promised not to do anymore “Nice Guy Trope” treatises in these recaps, and I’m not going to. This is more about the difficulty and subtlety of multiple point-of-view writing. Traditionally, when men are the center of the story, we sympathize with their moment of doubt. When, in the eye of the male hero, a woman has a moment of doubt, the hero thinks she’s a “bitch.” This was surely the case with The Magicians book series with Q/Alice.

Whether or not book-Quentin was always a reliable narrator was left open to interpretation at times. But, I wanted to know how Alice felt, and I never could. It was frustrating, because if Magicians author Lev Grossman hadn’t made Alice such an interesting character in the first place, I wouldn’t have cared. Due to the show’s writers, I was actually able to give a you-go-girl to Alice, but still understand Q and Julia’s lack of trust in her.

Meanwhile, in Netherland Library, Penny remains chained to the library cart. It’s not comforting when his library supervisor says they chain up people of all colors. His superiors nose into his private life. They push him into socializing. If you’ve even been at a dysfunctional internship (or two), this all seems very familiar—especially the part where he can’t quit or he’s just forever in debt.

He’s not getting paid, so he’s decided to keep it interesting by shelving books randomly. His only friend, Silvia, betrayed him, and he still has to see her everyday. She has the internship due to her privileged family, who have only messed up her life. However, she still uses that family as an excuse to get a million years off of her billion-year contract in the library. Penny grows up and decides to put someone else before himself—someone who isn’t Kady. I would really love to read the book of his life, as his supervisor mentions him meeting his birth mom and the need to feel needed, but I wouldn’t want to violate his privacy.

The biggest improved grown(ish) award has to go to the high king and queen, as usual. Margot and Eliot have decided they’re going to do right by The Fillorian people. They have been used, abused, and called entitled. Maybe they were at first, but they are now going to educate the people and give them magic with their deal-making skills. I think Eliot made out better than Margo, as he literally got to make out with the King of Idri, or maybe not, since the king told him it “didn’t mean anything” if Eliot wasn’t King of Fillory anymore. Ouch. People only really want what you can do for them. But, together, Eliargo are hanging in there. It’s their choice. That’s what your 20s are all about—choices, except when you really don’t have one.

Fen had little choice when she married Eliot. She wanted to have her daughter, but the fairies took that from her. Fen has self-identified as a “grieving mother.” Typically, before I was a mom, this trope annoyed me. It was as if only moms had a right to some special grief that other people couldn’t feel. After I was a mom, it annoyed me because moms deserve to be more than just grief bags. Fen isn’t annoying. She likes dagger emojis and shopping. She’s very good at figuring out the new world around her. This is what makes her grief as a mother very real.

What makes it even more real is the way she doesn’t so much put that grief aside, but strap it to her back and do something heroic with it. Fen does this like a “real” mother.  She complains. She’s ambivalent. She expects no reward when she risks herself to save enslaved fairies.

As the audience, we had to grow up a little, too, and see the true horrors of slavery. While the other cast members are dealing with more traditional twenty-something problems (abusive internship, how to be a leader, trusting your ex) the fairy-slavery storyline cuts to an emotional and moral core. Slavery is not the easiest subject to tackle as a b-plot; it’s utterly inhumane. The Magicians succeeded in showing how true slavery (human trafficking/kidnapping, which happens everywhere today) strips you of your personhood, and how it’s essentially different from other types of oppression. Doing this on a show where magic is used as an allegory is difficult to do.

If you write an epic successfully, people don’t think about any of this. Instead, they ask questions like “Would I have helped the fairies if I were Fen? How was Julia able to keep her emotions hidden so well when we clearly knew her heart was breaking? What will happen to the fairies now? What? I want to know!”

What I know about fairies is this: they all about the deal. The “deal-making fairy” goes across cultures from Ireland to Asia. I think this is because deals are how people who don’t trust each other, but need each other, get things done. A deal is usually made in favor of the dealmaker. If you took a bad deal and didn’t truly know what you were getting into, the responsibility is on you. It could be a bad internship, a student loan, or whatever Wall Street is hoping to pull over on people by rolling back the Dodd-Frank Act, but it’s still all your fault, so give me my dollar dollar billz, y’all.

A person must honor their deal, unless of course, they don’t. In our world, it seems like the “art” of the deal is more important than actually honoring it. What I’ve always admired about fairies is their ability to twist deals to their advantage when they had no other power, rich daddy, money, or magic in a story. One knows they also always stick to their word. They are so adamant about it one often wonders what happens if they don’t. The Fairy Queen in The Magicians is no exception, but we see even The Fairy Queen has a moral core beyond the art of the deal. This gives me hope for the rest of us.

There were also some quandaries to ponder for fun: Would a million years off of a billion really matter? How does two white halves of a black and white cookie make one big white cookie, Josh? Josh made the choice of doing some self-care this episode, and I approve.

Since we can’t become invisible and attack slavers, it’s good to donate to organizations that help the victims of trafficking. (Here.)