College Student Extracts Electricity From Swimming Pools, Which Is Way Less Dangerous Than It Sounds

"Yeah, you guys enjoy using the pool to get fit and all. I'll be over here saving society and everything." 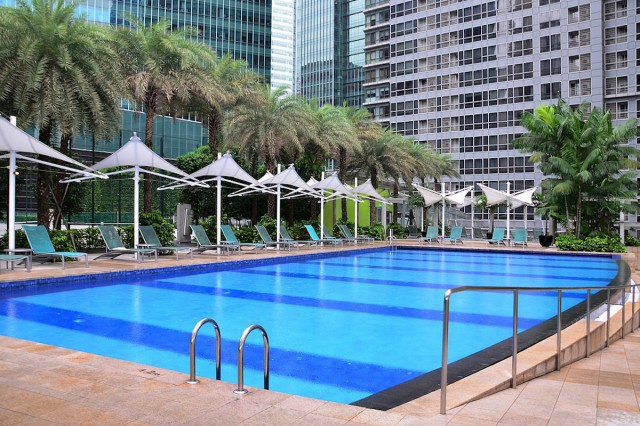 College student Yinger Jin really enjoyed swimming laps, but the pools just didn’t have enough math and electronics for him. Well, that’s what we’re left to assume, because he used a summer research grant to figure out how to extract electricity from the waves generated by swimmers. Maybe in the future, pools will be like giant human generators.

Where some people see a fun method of staying in shape, Jin saw an opportunity for a unique form of green electricity. He was inspired by a class on the mathematics of sustainable energy with Assistant Professor of Mathematics Sarah Mason at Wake Forest University in North Carolina, and he decided to see what he could do with an oscillating water column, which is one of the better ways to convert wave energy into electricity.

The column uses the power of a wave rising in a cylinder as a piston, which forces air up through the top of the cylinder, and then it draws fresh air back in as the water recedes. This air movement causes a turbine located at the top of the cylinder to generate electricity basically for free—unless the swimmers want to start charging for their efforts.

With no ocean waves nearby, Jin turned to the campus pool to see just how much electricity he could extract from daily swimmers. Don’t worry; no one is going to pressure you into swimming to generate electricity any time soon. Jin’s experiments in generating electricity in the pool and measuring wave height demonstrated that the swimmers generated only about enough daily electricity to power ten 100-watt light bulbs.

Still, it’s an entirely renewable form of energy, and Jin and Assistant Professor Mason plan on expanding the mathematical model with some experiments along the North Carolina coast. From there, they can calculate just how much energy could be generated with coastal waves, which are a whole lot more potent than just asking a bunch of people to swim.

Although, there sure are a lot of people out there who have trouble finding time to both work and get to the gym. Maybe we could power more than ten lightbulbs if we just offered paid positions in swimming to create electricity? We could probably also just pay people to run on giant hamster wheels, too, but swimming somehow sounds less demeaning.