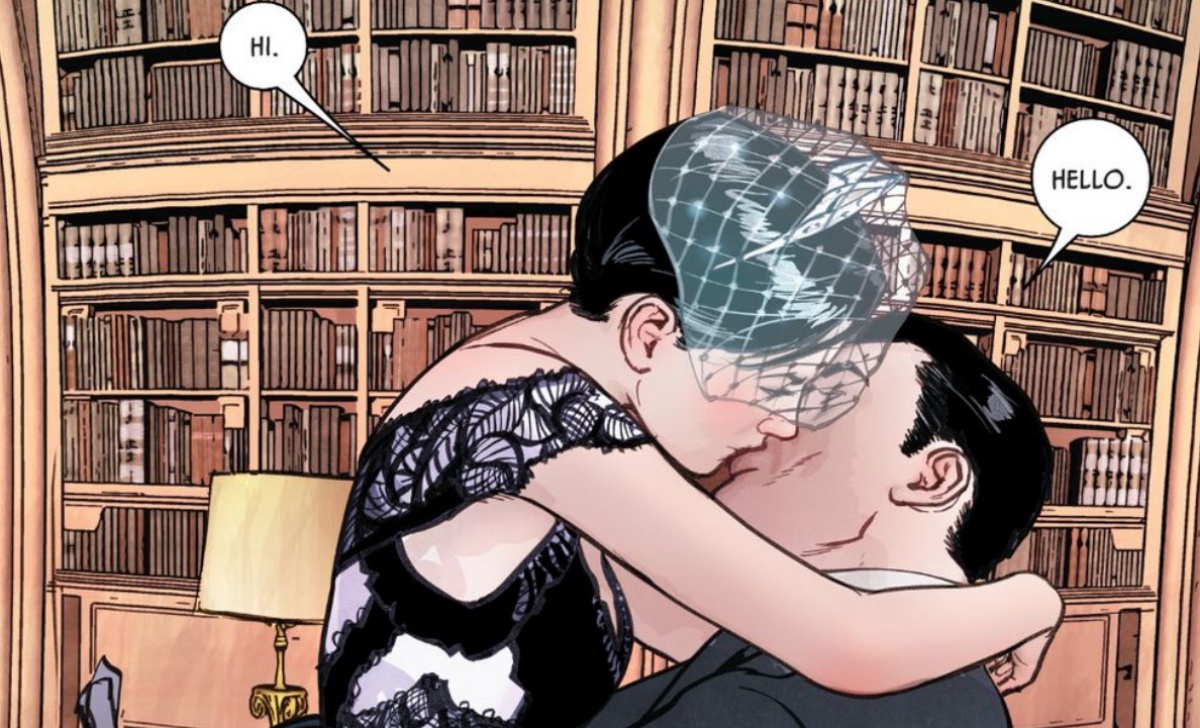 ***Spoilers for Batman #50 aka the CatBat Wedding Issue***

As many of you know, the year-long awaited marriage between Bruce Wayne and Selena Kylie was supposed to take place in Batman #50, but typical of most comic book weddings and romances, it was cut short with Selena “jilting” Bruce Wayne at the altar. Why? Because Selena Kylie was manipulated by her friend Holly into believing that Batman needs his angst to be Batman and that while she could make him happy, and they make each other happy, the world needs Batman.

Unlike Kitty Pryde, who just got cold feet in her own wedding issue (but it’s all good because Rogue/Gambit got married instead woot), this was an OTP break up orchestrated by Bane, seated upon a throne of skulls and surrounded by The Riddler and Joker, Dr. (Hugo) Strange, Gotham Girl, and others. Bane declares: “The Bat is Broken.”

However, just because that couple is currently (and hopefully temporarily) broken up, and the issue ended without anyone getting married, doesn’t mean it didn’t have cute moments. Not only did Bruce and Selena share one big damn kiss, we got the best scene of Bruce asking Alfred to his witness at the wedding.

Alfred asks if they should call Master Dick or Master Clark, but Bruce says: “No, no I was just thinking it could be you, Alfred. If you’re free. Since it’s been the two of us. Since the beginning. I can’t do anything without you, really. I never could. Or well.”

Our beloved butler/father-figure is left speechless and he sits down next to Bruce and the two of them share a loving embrace.

Seriously, this scene was so good and I love it when the writers remember that Bruce Wayne as Batman is at his best when he cares about the people who he is with, or has empathy for other people.

I’m a little bummed about Bruce and Selena, but not at all surprised. I mean happy marriages in comics are rare, but I will say that I would much rather writers attempt to come up with ways to incorporate new challenges into a married superhero relationship than keep them apart endlessly.