This Low-Budget, Faithful Remake of the Guardians of the Galaxy Vol. 2 Trailer Nails It

Sweding is an art form, okay? 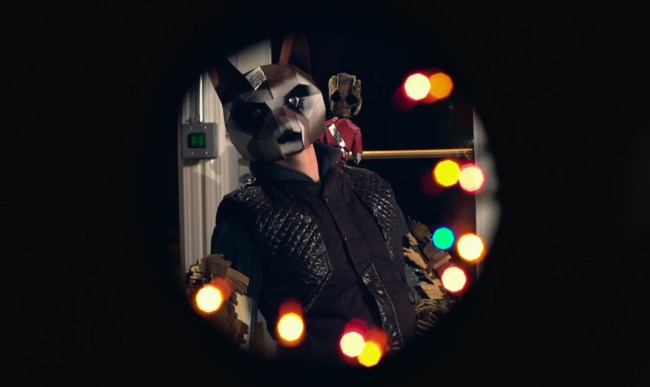 Sweding is an art form, and the fine folks over at Dumb Drum have turned their art into some pure gold with this sweded version of the Guardians of the Galaxy Vol. 2 trailer.

In short, “sweding” is when movies are shortened and remade (usually by fans) with a much, much, much lower budget. You see a lot of cardboard in sweded versions of things. The term originates from the 2008 comedy Be Kind Rewind starring Jack Black and Mos Def, where the two are tasked with recreating all of the movies in a video store after Black accidentally erases them all. They claim that the now low-budget, amateur versions are a Swedish version of the film—hence “sweding.”

In this sweded trailer, you see some hallmarks of the form: cardboard, an abundance of face makeup (because it’s cheaper than CGI), more cardboard, hand-drawn title cards, and even more cardboard. It’s always fascinating to watch sweded versions of things because people often come up with the most interesting ways of working around CGI and high budget practical effects. My most favorite part of this trailer in particular is the “Hooked on a Feeling” a cappella cover they use throughout the entire thing. Don’t forget: Licensing fees are steep, and if you’re sweding, you don’t have the budget for that kind of stuff.

If you’re curious how this compares to the actual trailer, then you’re in luck: they even made a side-by-side comparison for you to watch.

(via Laughing Squid, image via screengrab)

Guardians of the Galaxy Vol. 2sweding