Swaziland To Raise Taxes On Witch Doctors | The Mary Sue

Swaziland Legislature Wants To Raise Tax On Witch Doctors, Will Probably Be Cursed With Boils 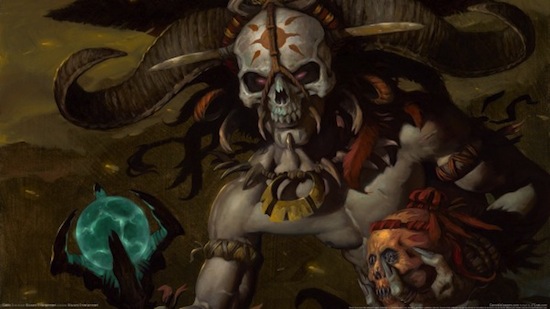 Like so many countries around the world these days, the small african nation of Swaziland is experiencing some tough times financially, and some legislators are proposing a tax-hike as a solution. Not just any tax hike, though — an increase in the license fees paid by healers, soothsayers, and witch doctors throughout the country. That sounds pretty bold to us. Here in America, we don’t even like raising taxes on the mega-rich, and they can’t put curses on us or raise plagues when displeased. Wait…can they?

Currently, traditional healers in the country pay a licensing fee of about $1.15 in US dollars each year to operate legally in Swaziland, plying their trade using many talents, including telling the future and curing illnesses. It’s a small sum, since many Swaziland citizens visit these healers for their services. As the fees charged by medicine men and wise women have risen throughout the country in the last few years, though, the fees they pay haven’t tracked with the healers growing fortunes.

MP Majahodvwa Khumalo wants to change that, raising the annual fees paid by the traditional healers to ensure that they are paying their fair share to the government of the cash-strapped nation. Speaking before the Swaziland Parliament, Khumalo said:

Which again, is pretty brave, considering the fearsome reputation witch doctors still hold some places. It’d be an even better idea if that money was going to support any of the folks visiting traditional healers for their health woes, but it will probably just further swell the coffers of the nation’s corrupt ruler, King Mswati III, whose 12 wives and massive personal fortune remind us why we 86ed the whole “king” bit over here.