Marvel Says That For Tax Purposes, All Mutants Are Not Human 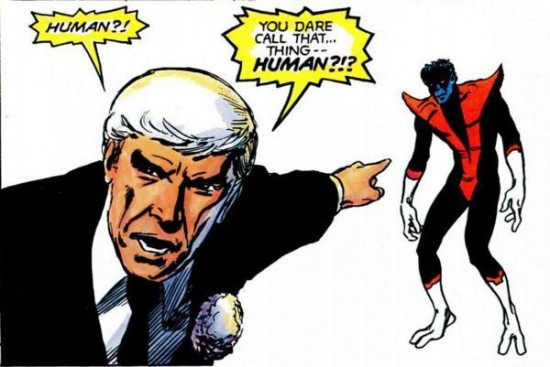 While Marvel’s mutants carry on a fictional struggle for personal and public acceptance, it seems the issue of whether or not mutants are human is a done deal for Marvel. However, it’s not so much an issue of ethics, but something far, far more compelling: Tax law.

Just before the Holidays, the fantastic NPR show Radiolab released a podcast in which they discuss categorizations. In it, they reveal how two patent lawyers reading a customs book called the “Harmonized Tariffs,” revealed an interesting little wrinkle in the import laws: “Dolls” have are taxed at 12% whereas “toys” are taxed at 6.8%. The key difference, according to the law, is that dolls are defined as being representations of humans and only humans, while toys can covers just about everything else — including humanoid creatures.

I’m sure you can see where this is going.

With this new-found knowledge, Marvel quickly moved to have all of its mutants classified as non-human toys, hoping to realize a near 50% savings on taxes. There were some lawsuits, but in the end Marvel won the right to call their mutant toys non-human. Of course, this sort of flies in the face of a key facet of the X-Men universe, in which the struggle for identity is key.

Now, what Marvel does in the real world is obviously separate to how their writers and artists deal with the company’s properties. Marvel is, first and foremost, a business. However, the apparent disconnect between the two in the case of taxes is too delicious to be ignored.

Take a few minutes and listen to the show for yourself, you won’t be disappointed.