Bus Rides More Uncomfortable Than Ever Thanks to Government Surveillance Devices 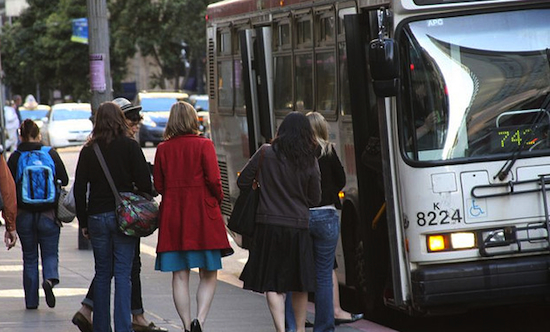 Because berserk homeless people and the combined smell of the passengers’ rancid body odor didn’t make riding the bus enough of a horrible experience, government officials are currently in the process of installing surveillance devices to record any and all conversations during bus rides — and we mean from everybody on board. The plan will be put into action in a number of major city transit hubs across the nation ranging from San Francisco, California to Baltimore, Maryland. Advocates say that this system of audio surveillance will aid in law enforcement and resolving service issues, but, frankly the public would probably rather not have the government hear their thoughts on last night’s episode of American Horror Story.

The audio surveillance system will be linked with existing cameras that numerous transit authorities currently employ to monitor the day-to-day activities that occur on buses. Since both audio and video will be recorded in sync with each other, this provides those sifting through these incoming feeds the ability to play them back simultaneously. All recordings will be stored in a bus equivalent to a “black box” where it can be accessed for later review. This cache is also reported to hold up to a month’s worth of recorded conversations, which, if you think about it, is a whole lot of overly detailed talks about physical examinations and weird rashes to parse through.

While some believe that this system will provide new methods of security protection for both passengers and drivers, a number of folks feel that this is an infringement of basic civil liberties, especially when these transcribed conversations can be collected and scrutinized by officials without a warrant or under the supervision of the courts. Despite public outcry, the government is eager to work closely with transit authorities to have these systems installed. So much so that in San Francisco, the Department of Homeland Security is footing the entire bill to have audio surveillance put in place, while the federal government provides grants elsewhere.

It’s easy to dismiss this as yet another case of the government overstepping its boundaries to provide national security, but if this means people will be less likely to open their mouths out of fear of their conversation being recorded, we’ll have much quieter and pleasant bus rides to look forward to. Maybe now we can actually sleep on the bus for once. So, silver lining, all that.

(The Daily via Wired, image via www.bluewaikiki.com)