Surprise! Boys Don't Care If Avatar Korra Is A Girl | The Mary Sue

Surprise! Boys Don’t Care If Avatar Korra Is A Girl

There's an appa for that 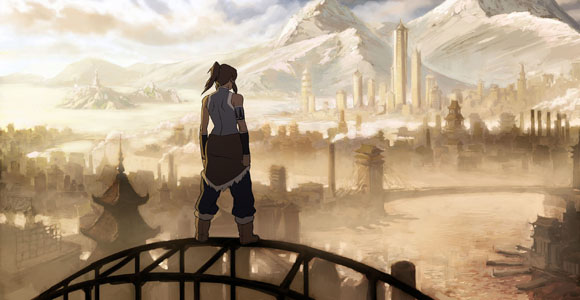 The Legend of Korra, the sequel to Avatar: The Last Airbender, premiered this weekend on Nickelodeon. We know you probably have a few strong opinions on it (feel free to share them in our comment section) but today we’re here to clue you into something you may find shocking –The Legend of Korra, featuring a female lead, appeals to boys! In fact, they think Korra is “awesome.”

Creators of the series, Bryan Konietzko and Michael DiMartino, recently spoke with NPR about the premiere and how they approached the new series and spoke about the live-action film that flopped.

NPR writes, “On the big screen — an adaptation DiMartino and Konietzko had no control over — the show’s hand-painted look was coarsened with cheesy CGI effects and live actors. Shyamalan’s film cost $150 million — and flopped epically. Fans complained that the casting added weird racial implications, and they lamented the ham-fisted script.”

“It’s very nice to be back in the driver’s seat,” said Konietzko.

“Konietzko says The Legend of Korra takes audiences back into the Last Airbender‘s shadowy snowscapes and pastoral tribal villages. But this show – meant for older kids — also includes a steampunk metropolis with coughing, old-fashioned cars and floating iron blimps,” writes NPR. “Some episodes find Korra fighting in alleys and at night, and DiMartino calls the show moodier and more noir than its predecessor.”

“She’s muscular, and we like that,” said Konietzko. “It’s definitely better than being a waif about to pass out. I know, I look like a waif — who am I to judge?”

But probably the most interesting bit of information to come out of the interview was a little background information on getting Nickelodeon to approve the show.

“Some Nickelodeon executives were worried, says Konietzko, about backing an animated action show with a female lead character. Conventional TV wisdom has it that girls will watch shows about boys, but boys won’t watch shows about girls,” they write. “During test screenings, though, boys said they didn’t care that Korra was a girl. They just said she was awesome.”