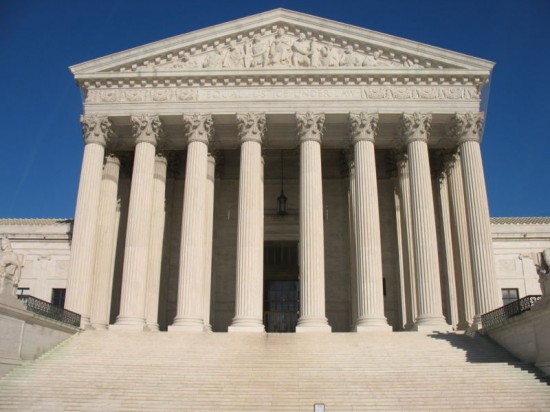 Clearly, those of us out there who imbibe video games on a regular basis have reason to be giddy; the Supreme Court of the United States has recognized that video games do receive First Amendment protection just like other mediums. Among other more minor things, this guarantees protected speech for video games until the Supreme Court rules otherwise. Given that this kind of case isn’t often revisited seriously, don’t expect to see a reversal on this, well, ever.

For all those rooting for video games, this definitely smacks of victory.

Some outlets are pushing the fact that this could become a sort of cultural milestone, similar to the ruling on film back in the day, with CNN going so far as to say that “Supreme Court sees video games as art.” The quote that’s making the rounds, and can be seen at CNN as well, is as follows:

“Like the protected books, plays, and movies that preceded them, video games communicate ideas — and even social messages — through many familiar literary devices (such as characters, dialogue, plot, and music) and through features distinctive to the medium (such as the player’s interaction with the virtual world). That suffices to confer First Amendment protection.”

At first glance, this is an overwhelmingly positive message to be sending out. Video games have First Amendment protection—end of story. Like anything else, however, the story becomes a bit murkier the moment you go just the slightest bit deeper. As Michael Abbott points out, looking at the ruling more closing reveals that three Justices in complete agreement with the majority opinion while four who either had strong reservations or plain disagreed with the points Justice Scalia made. Abbott’s earlier post details some of those points with more clarity.

In the court of law, a 7-2 vote is clearly a win but the ruling looks to be representative of the cultural status quo. Part of the problem here is the divided opinion on video games as being interactive and thus different from all other media, though Justice Scalia seems to disagree. Part of the argument for the law was exactly that it was a different kind of beast due to interactivity. Unfortunately, many proponents of video games argue that interactivity does make them distinct from other media as well.

So while it may have been used in favor of free speech protection, the voiced opinion was really a blow to both sides in some ways. This shouldn’t have been too surprising, though. When it comes down to how people are handling and dealing with technology, the Supreme Court has a habit of being behind the bell curve. Take, for example, the case of texting at the Ontario, California police department. To anyone who is even relatively current, some of the comments from our esteemed Justices will make them wince.

As someone who is clearly on the side of video games, this decision—and supposed “victory”—rings mostly hollow. It is a great thing for it to be officially recognized as deserving protection under the First Amendment, but just about anyone who has actually played a video game in their life already agreed that it deserved the same protections as any other medium. So, really, this was just a reinforcement of what we already knew to be true.

The other thing that this confirms is that a great many people still don’t really understand what it is that video games can do and have done. As some see it, this ruling means that there’s now an added responsibility on the shoulders of the industry as a whole. Regardless, the underlying context here is that this was a lukewarm cultural victory at best. Because people were hoping for a more decisive ruling, this ambivalent one leaves a hint of the bitter taste of disappointment.