Terry Crews Is Not Backing Down 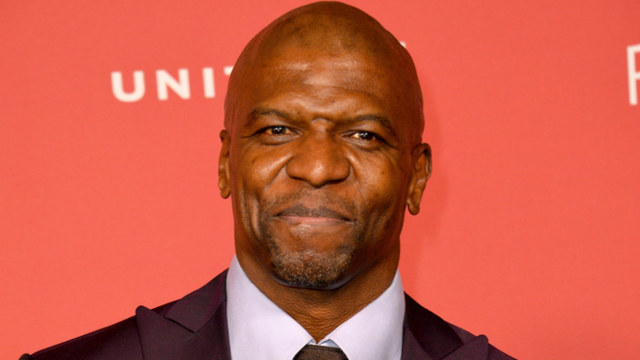 When Terry Crews came forward with his account of being sexually assaulted by a prominent Hollywood agent, he was celebrated for having the courage to share his experience, and for standing in solidarity with the women who were coming forward with allegations against Harvey Weinstein and other alleged abusers.

Hopefully, me coming forward with my story will deter a predator and encourage someone who feels hopeless. (16/end)

But the lack of public support Crews saw after that initial moment was glaring. His alleged abuser, Adam Venit, was suspended for only a month before returning to work. Crews’ agency said they didn’t know about the assault, which Crews proved to be a lie. The conversation around Crews—the attention necessary to make sure survivors feel supported and heard—was noticeably absent.

When you ask “Why don’t women come forward?” look at @terrycrews. He told his agent the day after his assault. His assailant was initially suspended & is now back at work. Assailant’s boss lied & said he didn’t know. Friends trying to silence him. Terry is being ostracized. https://t.co/D3g2YmupQN

Last week, BET published an article asking where the support for Crews has been. “Social media continues to give vulnerable people a powerful tool to expose abuses that were once invisible to the masses,” they write. “But exposure is only a first step; it is only effective if we’re willing to listen and respond.”

Following that article’s publication, a lot of celebrities finally stepped up to show support online.

Terry Crews is a stand-up guy. Literally one of the nicest people in our industry. He is honest, kind & true professional. I believe him & stand by him. #MeToo https://t.co/m5Kt57qxJs

I worked with @terrycrews on Bridesmaids and he is a wonderful, caring person. I fully support Terry and agree that he has not been treated with the respect due to him for coming forward. Hollywood must support all victims of sexual harassment and assault, period. https://t.co/9cXwEUfFh5

I’ve not abandoned @terrycrews nor have many people in Hollywood. He is on the right side of history. His career will flourish b/c of this. https://t.co/WyahkNyJjw

But it shouldn’t have taken that kind of public shaming for them to speak out. Especially because Terry Crews hasn’t slowed down. He hasn’t gone silent. This week he filed a sexual assault lawsuit against Venit and his now-former agency WME. He’s going all-in on this.

Crews is basically taking on the Goliath that is Hollywood itself. WME is a HUGE industry player. And he’s not holding back in calling out abusers, as well as anyone complicit in aiding them.

If I wrote this in a movie you’d call it ridiculous.

He’s also shining a light on what pretty much amounts to industry conspiracies.

The Entertainment Industry has PAID INFORMANTS inside the @LAPDHollywood In order to control talent.

Not even my wife knew when I was filing a police report against @WME agent Adam Venit.

Why was @TMZ waiting for me the moment I walked out of the station?#NOONEGETSAPASS

He shared an email from the tabloid Radar Online informing him they were going to run a story about him hiring sex workers–a story which he claims is false, designed to silence and discredit him.

1 day after my @GMA interview, @radaronline threatened me w/ a false story abt me hiring 2 hookers at the 2015 Monte Carlo TV Festival.

It never went 2 press because it was a lie.

This was not a coincidence. I told u they were coming 4 me. I also told you I am ready. pic.twitter.com/vqLAUknUiO

Oh, and the guy who runs Radar Online (and the National Enquirer) was just outed as a sexual predator. BECAUSE OF COURSE.

The same guy who runs @radar_online and @NatEnquirer who threatened me with the false prostitute story 1 day after my @GMA interview now accused of SEXUAL MISCONDUCT.

Terry Crews is refusing to stay silent in a big way. He’s saying “no one gets a pass” and he means it. He’s not just standing up for himself, not just going after one guy. He’s calling out an entire industry built on complicity and abuses of power, and he’s calling on other men to come along with him.

For things to truly change, men must hold other men accountable.

Thank you @iamjohnoliver, for being an example of what true manhood looks like.

Abusers really do protect abusers. We need allyship to work the same way. Good men—good people—need to protect each other in this fight.