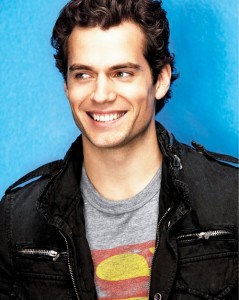 “I’m on 5000 calories a day… You’ve got to eat protein first, then a little bit of carbs… you’ve gotta keep your hunger levels going. I’m training two and a half hours a day, pushing my body beyond its normal limits, putting on a lot of muscle mass and just making myself look like Superman.” — Henry Cavill, who is playing Superman in Zach Snyder‘s Man of Steel, on the fitness and diet involved in becoming the most famous comic book superhero of all time.

I know this is what most male stars of comic book-inspired movies do, but it doesn’t make it sound any less grueling. But then again, there’s putting on the costume: “They just put it on, I turned around and look[ed] in the mirror and you can’t really play it cool –- you sort of guffaw and laugh. I thought ‘OK, holy hell, this is real, it’s not a joke anymore. This is it…you’re doing it, you’re right in the middle of it.’” Maybe it’s worth it after all. Because, if we can say this without seeming drooly, it’s fun to see superheroes come to life. Next smoothie is on us, Henry Cavill.