What Supergirl’s Immigration Allegory Gets Right (and Wrong) 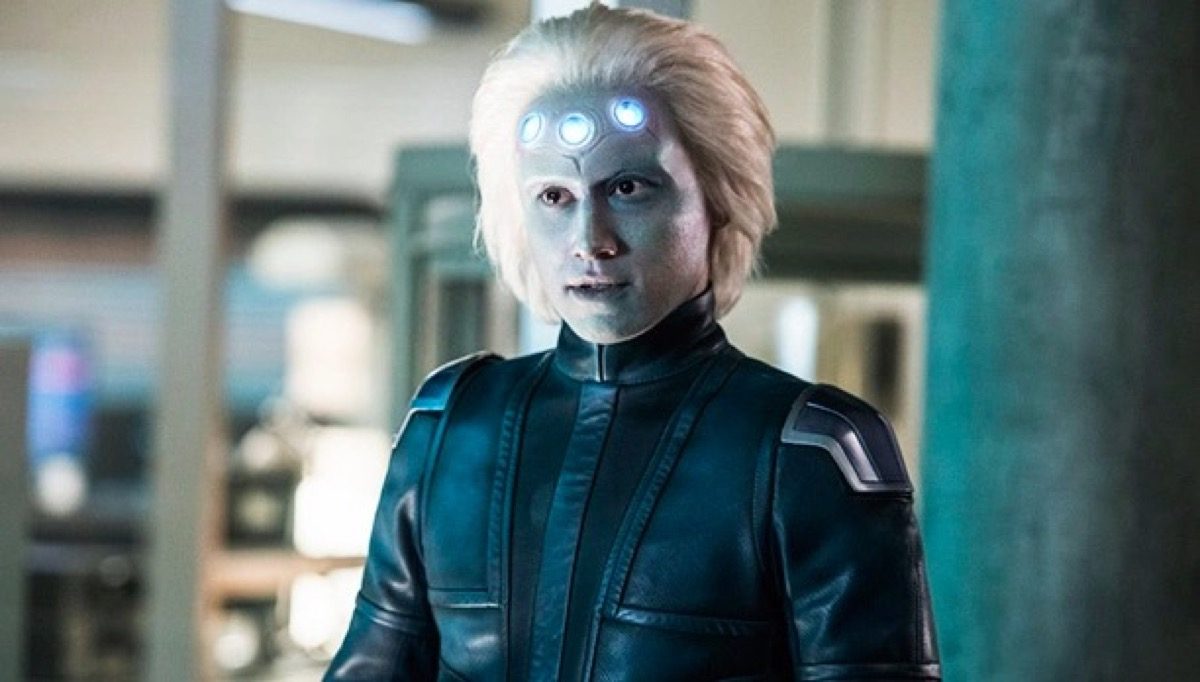 The beginning of this season of The CW’s Supergirl had me rolling my eyes at the comparison between real life immigrants and space aliens. For one, it seemed like too easy of a comparison to make, and an unfair one considering the history of the word alien being used to describe immigrants. I thought it would be just another trite conversation about immigration out of obligation, because that’s what everyone is talking about right now.

As the daughter of an immigrant who’s seen firsthand how immigrants suffer, I wasn’t having it.

When I was a sophomore in college, I got it in my head that I was going to join the Brown Berets. For those who are unaware, it’s a group similar to the Black Panthers, but for the Latinx community. They’re what some might call radical activists, and I felt like I had to do something to better my people’s cause.

I felt a sense of responsibility to use my upbringing, as a daughter of an immigrant who grew up upper-middle class, to use the political power that is afforded to me. I ended up taking a different route, but the idea of the radical POC and what it means to stand up against the powers that be stuck with me.

Thankfully, as this season of Supergirl developed, I found the immigration storyline to be full of nuance, and the allegory to be an apt one. While it’s not perfect (I’ll discuss that some more later), it does get a lot of stuff right, and I would argue it’s the most compelling conversation about immigration on television right now.

For one, the idea of a radical activist has been a particularly powerful image. Of course, I don’t believe in killing people, but Manchester’s methods have been fascinating to watch. I think many of us in oppressed positions have thought at least once or twice about what it would be like to put our words into our fists and fight back against the people who wish to do us harm verbally and physically.

Sometimes, I get sick of having to be the bigger person and show patience, as my mother does. It’s tough to have to talk things through with people who wish to show dominance over you. We feel fear about showing our own toughness, and thus, their behavior remains unchecked.

Supergirl gets this aspect right, but also takes these characters’ behaviors too far, effectively dehumanizing them. They don’t regret their actions the way a real person would and thus don’t deal with the consequences, making them out to be heartless perpetrators, and taking so much time on this aspect effectively reverses the progress I believe Supergirl is trying to make.

To people watching at home with more conservative leanings, it makes it seem like this issue of murderous immigrants and their allies is a far bigger problem than it really is. It makes it seem like seeing immigrants as villainous opponents is a valid viewpoint, which I disagree with. I hope that with the death of Manchester Black (if he really is dead), this storyline has been put to rest. 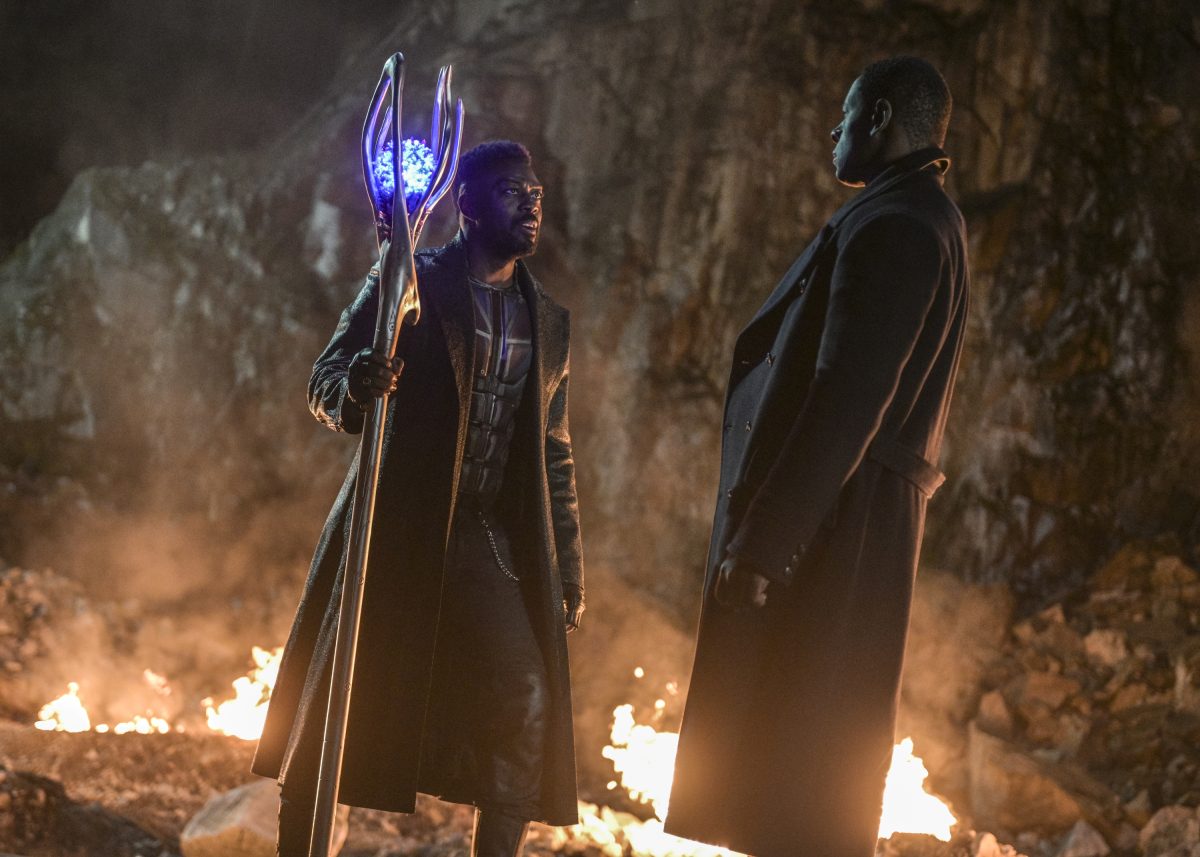 On the other hand, a storyline that I wish would be further explored is the use of the image inducer. I’m mixed race (part Caucasian, and people can definitely tell) and light-skinned myself, so I’ll never know what it’s like to suffer the racism dark-skinned people face. That being said, I don’t think I would choose to be white, and I don’t think any of my peers would choose to do so, either. To do that willingly would be erasing the centuries of my people’s history that exists in my genetics.

So, it’s interesting to me that so many of the aliens have chosen to look like humans in this series—enough of them that it would cause a panic when the image inducers all got turned off. I found it powerful when Brainy was caught in a deli where he thought the people there liked him, and they turned on him when he looked like an alien again. But Brainy doesn’t strike me as the kind of alien who would use one in the first place, and I especially don’t think that he would keep it as he becomes the type of immigrant willing to start a large-scale protest.

Speaking of the protest, Alex Danvers’ behavior has also had an impact on me this season. I believe many of her more recent actions were taken because she doesn’t remember her sister is an alien anymore. Alex’s actions bring up an interesting conversation of whether it’s better to be a part of the system, or work outside of it, for progress.

Brainy, Alex, and Supergirl all work within the system to a certain degree. For many immigrants and people of color who face oppression, this is a viable option because they don’t have a choice. They need to have a job, make money, and work with the people oppressing them in order to survive. These are all valid needs for them, and I don’t judge them when they’re not being radical or protesting.

In the context of the show, I believe this only applies to Brainy. He’s displaced and unknowledgeable about the world he’s in; working for the DEO is really the only thing he can do. The same cannot be said for Alex and Supergirl herself, Kara. Watching them continue to try to be diplomatic with people who want to see aliens destroyed is exhausting. I would love to see them be more radical—as was hinted at when Alex removed Ben Lockwood from the stage—as it becomes clearer that working for the system might not be effective.

The important thing about Supergirl is it’s trying, and that, in and of itself, is a good thing. Of course, it could be improved, but it’s worth noting that a superhero show is making its best attempt at having this conversation about immigration. Maybe that’s not that surprising considering Superman’s roots of being originally created and written by the children of Jewish immigrants, and Greg Berlanti, showrunner and one of the main writers, has cited his Italian ancestry as a point of contention in his community during his upbringing.

But the conversation around immigration has grown significantly bigger in the years since Superman was created and Berlanti was a kid. Nowadays, maybe having more immigrants or people of color in the writers’ room would help them tell this story in a more compelling way.

Angelica Cabral is a soon to be graduate of Arizona State University; she’s originally from the Bay Area. When she’s not writing you can catch her making use of her AMC A-list membership, watching Brooklyn Nine-Nine, or reading Entertainment Weekly. You can keep up with her on Twitter @avcabral97.