Supergirl Recap: A “Crisis on Earth-X” Descends on Barry and Iris’ Wedding 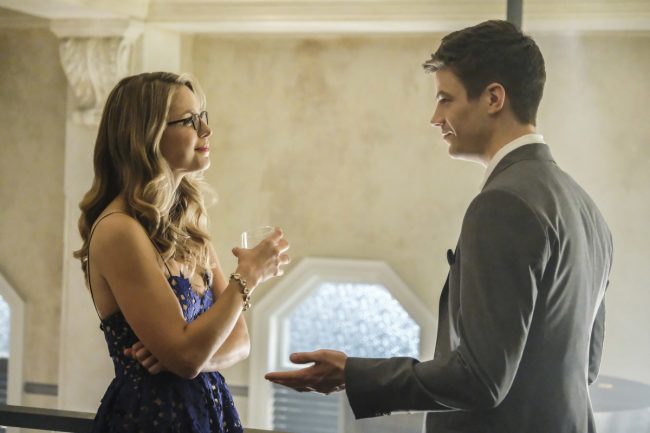 This year’s long-awaited DCTV crossover is finally here! “Crisis on Earth-X” started with this week’s episode of Supergirl, with Parts 2, 3, and 4 airing as this week’s episodes of Arrow, The Flash, and Legends of Tomorrow. There’s a lot going on! Barry and Iris are finally getting married, and they’ve invited all their super-friends to help celebrate. And they would’ve gotten away with it, too, if it weren’t for those meddling, alternate-Earth Nazis. Welcome to Season 3, Episode 8, “Crisis on Earth-X, Part One.” 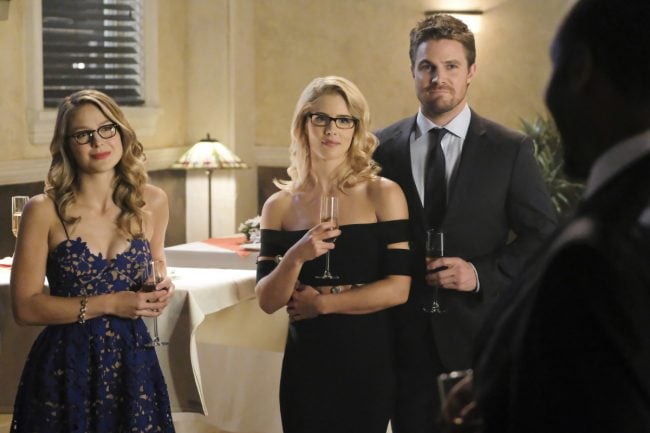 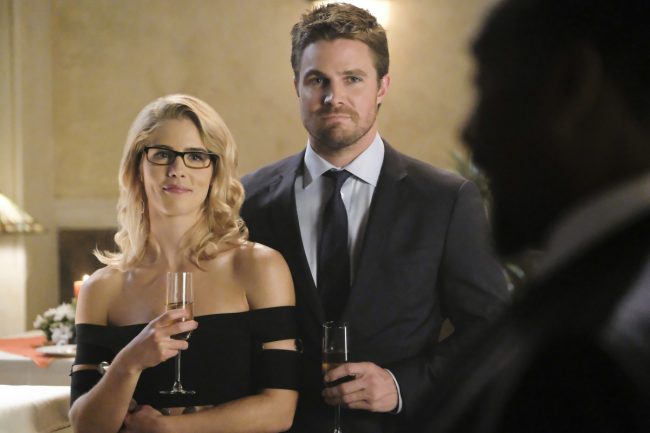 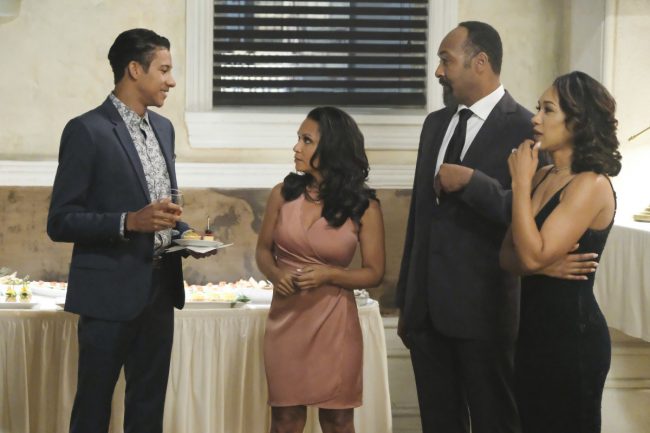 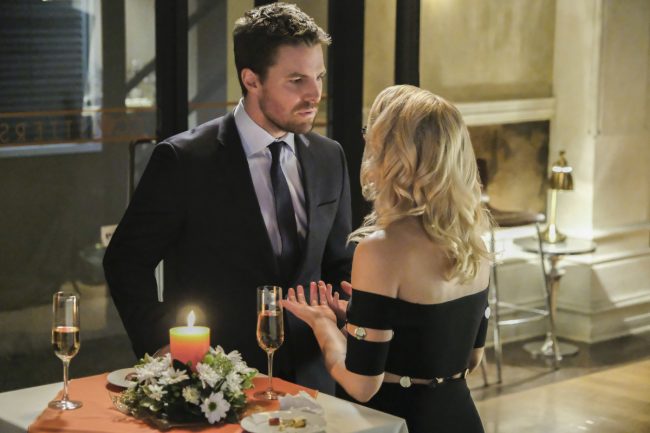 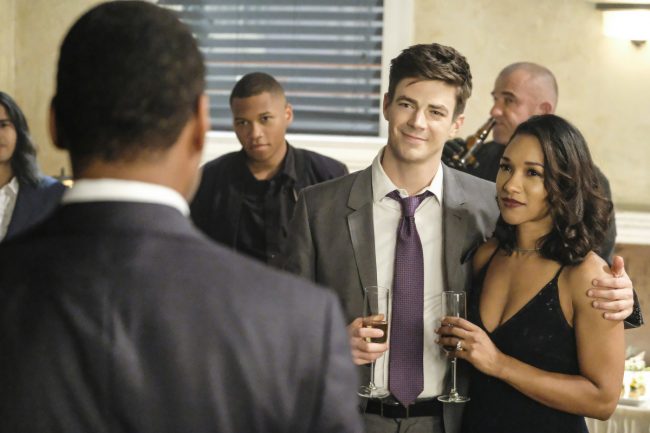 Of all the crossovers that the Super-Legend-Flarroverse has done, “Crisis on Earth-X” got off to the strongest start. Having it center around a huge other event, the wedding of Barry Allen and Iris West, certainly helps, grounding the story in something that’s not only meaningful to those two and to The Flash as a show, but something that emotionally affects characters on the other shows.

The writers have done a great job of leading up to this event by planting important relationship stuff on the other shows that can all come to a head during this storyline. For Supergirl, nothing says “get over the fact that your ex is married” quite like fighting Nazis. It certainly puts things in perspective. Having Oliver and Felicity’s relationship come to a head in this way, on the eve of another wedding, is also really powerful.

And let’s talk about that Alex/Sara hook-up, huh? I’m SO glad it happened, and I’m equally glad that I get the vibe that it’s super-casual, and they might end up becoming really good friends. Maybe friends with benefits. Point being, I love that we get to watch Alex freak out over her first lesbian one night stand, and we get to watch Sara be like “this is basically just Tuesday to me,” but in a really nice, fun way. It’s clear she likes Alex, but it doesn’t have to be A Thing. And again, I’m glad that Kara was advocating for casual. Supergirl believes in female sexual autonomy. Amen!

I’m also really touched by how they’re handling Victor Garber’s inevitable departure from Legends of Tomorrow through the relationship between Stein and Jackson. It’s clear that, for Jackson, it’s not about the super-powers. He’s upset with splitting up Firestorm, because he’s come to enjoy being with Stein. He seems upset because Stein doesn’t seem to acknowledge that Jackson could ever care about him or miss him as a friend.

The episode was the most successful when dealing with the character relationships and the storyline surrounding Barry and Iris’ wedding. However, just because I thought this was the strongest beginning to a crossover event doesn’t mean I think it was perfect. I really wish they hadn’t opened with X-Green Arrow and X-Guardian on Earth-X, or had that other scene where they talked about the experiment. I think the episode would’ve been much more effective if we didn’t see so much of the Earth-X crew at first; if they would’ve just shown up at the wedding all mysterious-like. I felt like the previous Earth-X scenes in the episode took away from the pacing of the episode while also undercutting the big fight at the end.

Something else annoyed me, too: the fact that our heroes seemed to not get that these were clearly alternate versions of themselves. Oliver saying things about the archer like, “he matched me, arrow for arrow,” and Barry asking Kara “how is that woman as strong as you?” IT’S BECAUSE SHE IS HER! It’s not as if they haven’t experienced things like time travel and Other Earths before. Having doppelgangers would be one of the least outlandish explanations. It seemed strange to me that they wouldn’t at least start to put that together.

As this is a crossover event, with this episode only being the first part, feel free to discuss both Supergirl and Arrow in the comments below. Just be mindful of the fact that this is a Supergirl recap and that it’s possible that some people reading this might have watched Supergirl but not Arrow. Mark your spoilers for Arrow accordingly!

What do you think of “Crisis on Earth-X” so far? Let’s chat in the comments below!