"I'm your super/that has a double meaning/friend!" -Barry and Kara 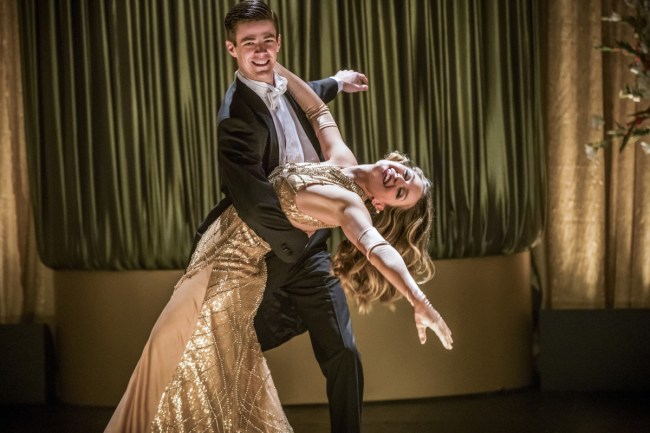 The long-awaited, highly-anticipated musical crossover episode between The Flash and Supergirl has aired, and it was … pretty okay! It was nothing Earth-shattering (though it was multiple-Earth visiting), but it was an hour of fun, laughter, and adorableness, and that’s all it needed to be. Welcome to Season 3, Episode 17 of The Flash, titled “Duet.” 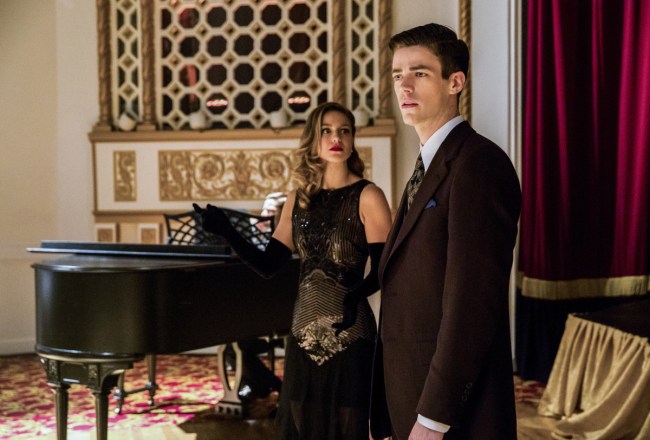 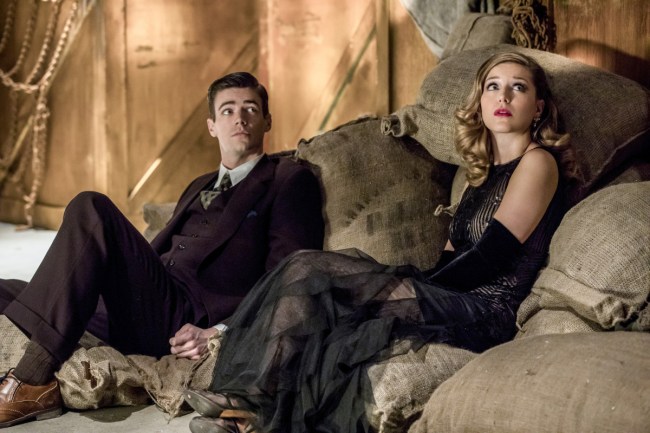 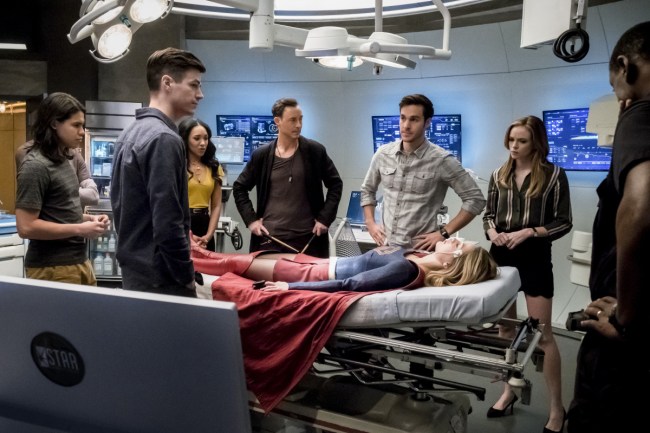 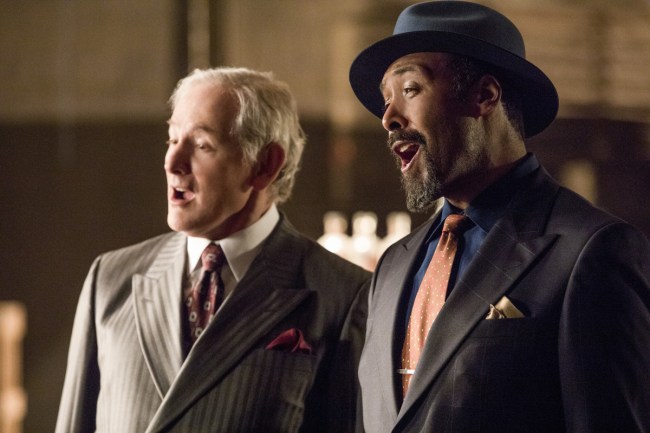 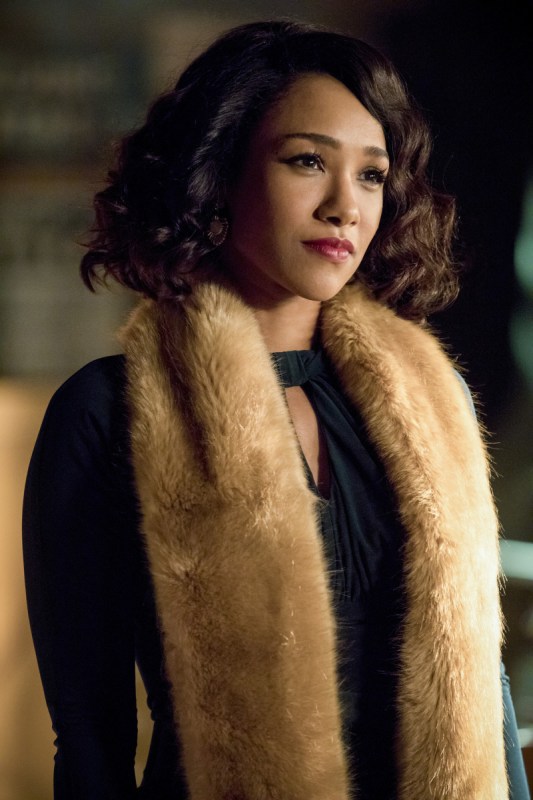 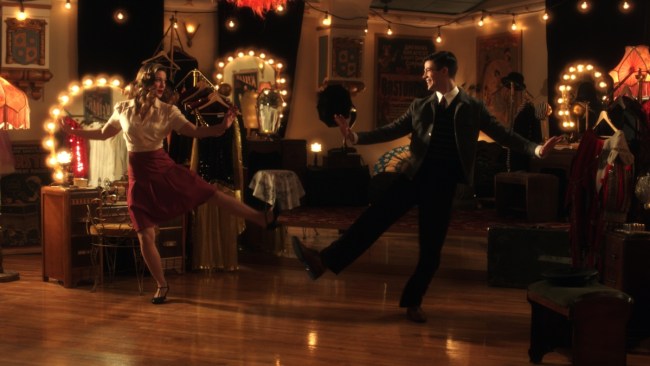 image via The CW

It wasn’t as giddily infectious as “World’s Finest,” and the “Once More With Feeling” episode of Buffy the Vampire Slayer has yet to be dethroned by another show’s musical episode, but “Duet” was a lot of fun.

Not only did we get a mini-Glee reunion while getting to watch Melissa Benoist, Grant Gustin, and Darren Criss sing and dance, but we were also reminded that the DC universe on The CW is chock full of musical talent. I was thrilled to hear Jeremy Jordan in top form, and was happy to see Broadway veterans Victor Garber and Jesse L. Martin getting back to their musical theater roots. The biggest and happiest surprise for me was hearing Carlos Valdes rock it out. That dude has a voice! Now, I just want him to do musicals exclusively.

Aside from the singing talent, I was glad that, despite being made up of mostly covers, that there were two original songs written for the episode. Both of them were awesome for different reasons. Rachel Bloom and Tom Root’s “Super Friend” was a cute, funny number that was totally the superhero version of “Friendship” from Anything Goes, and I really appreciate that.

Benj Pasek and Justin Paul’s “Runnin’ Home to You,” however, got me in all my mushy, saccharine places. It was beautiful and heartfelt and sappy in exactly the right way. The song was made all the more beautiful by Gustin and Candace Patton’s performances in the scene. They have such lovely chemistry together, and the emotion in that scene was palpable. And we finally, at long last, have the real, honest-to-goodness (hopefully!) Flash love story we’ve been waiting for! It’s nice to see this legendary comics couple finally get together!

Meanwhile, I’m thrilled that this experience has allowed Kara to get off her high horse about Mon-El and see him as a guy who’s really trying. He genuinely loves her, and it’s great to see that she loves him, too.

There were a couple of disappointing things about the episode, too. I wish all the music would’ve been original, rather than only two songs. I know that TV operates on a much faster schedule, and they likely didn’t have the luxury of time, but they also didn’t need to do this episode now (unless there’s something I don’t know about cast availability). Having more songs directly about the plot of the episode would’ve elevated it.

I also feel like they wasted Garber and Martin. “More I Cannot Wish You?” Really? I mean, it’s a sweet song and all, but when you’ve got Broadway veterans like that in your back pocket, you don’t have them sing together, and you try to give them material that will show off how awesome they are. Them doing this song just felt really bland, well-sung and acted though it was.

I was also disappointed that we didn’t get to hear more of the cast sing. They might not have wanted to (they might not all be as musically inclined), but I know for a fact that Tom Cavanaugh can sing. It would’ve been nice to have more folks get into the act. More songs! More solos!

“Duet” was light, fluffy fun. If you missed it, there’s nothing important in it plot-wise except that Barry and Iris are back together. However, watching it might just put a song in your heart. I know it did for me! After the episode, I busted out all my favorite Broadway cast recordings on Spotify. Because musicals.

And now, please enjoy some additional images from the episode in this here gallery! All photos courtesy of The CW. Until the next crossover, I’ll bid you adieu!