Supergirl Recap: The Danvers Sisters Go Back to “Midvale” 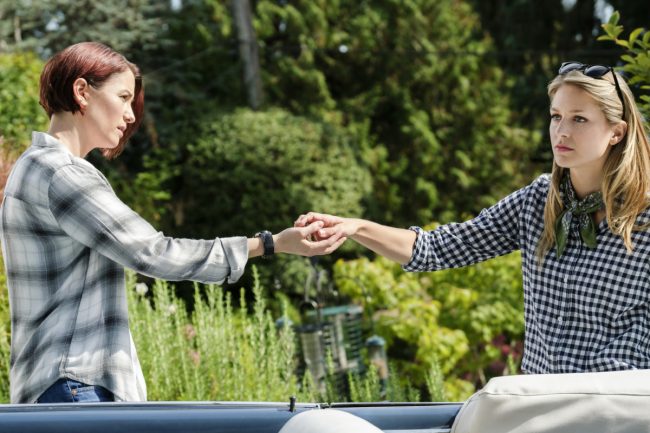 Supergirl this week is a beautiful respite from the heaviness of previous episodes this season as Kara takes Alex back home to Midvale for a few days, to get away from the memories of Maggie in National City and begin to heal from her break-up. And without acknowledging it, perhaps Kara is there to do some healing from Mon-El, too. The episode is mostly a flashback to Young Kara and Young Alex during the time when they really and truly became sisters. Welcome to Season 3, Episode 6, “Midvale.” 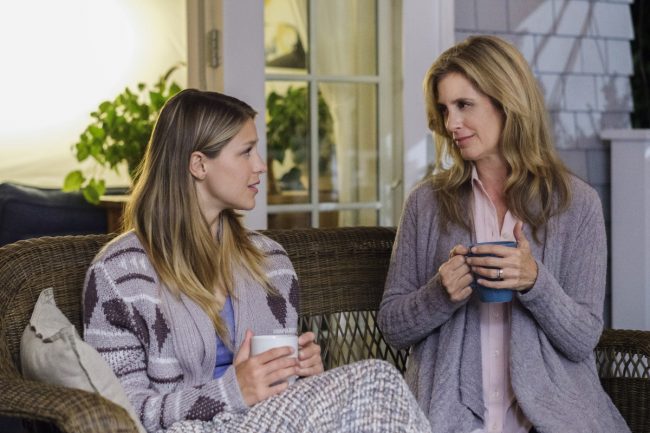 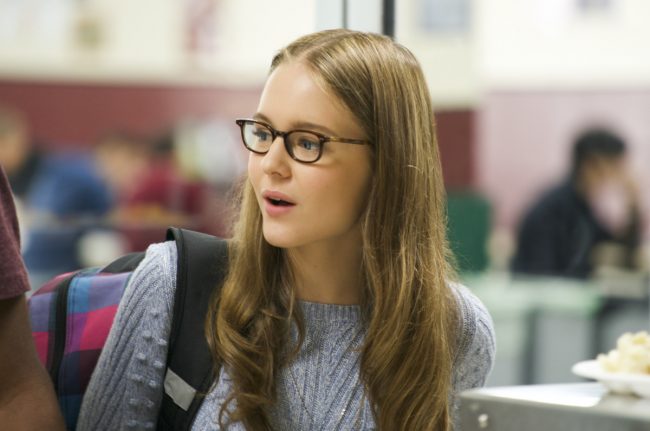 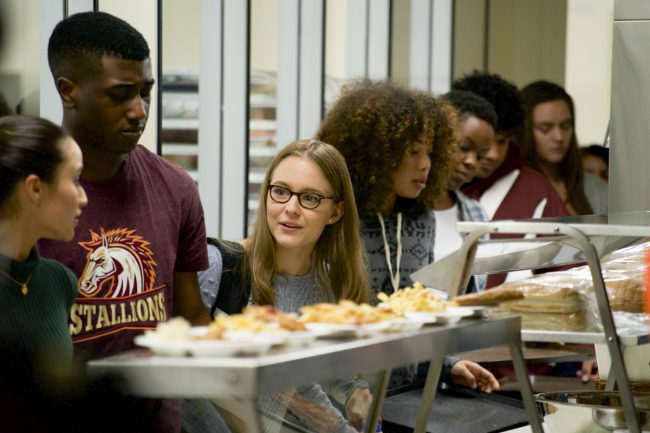 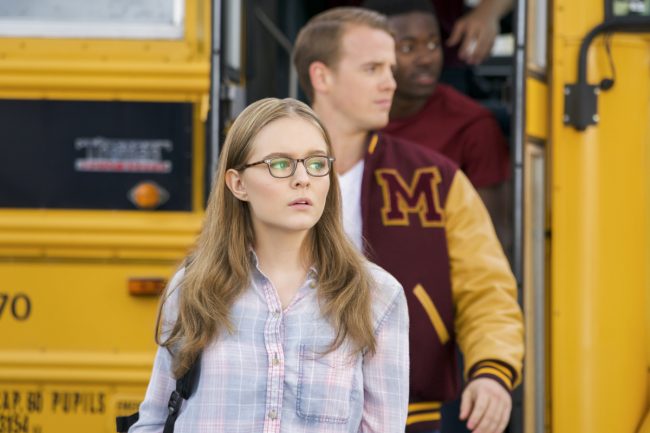 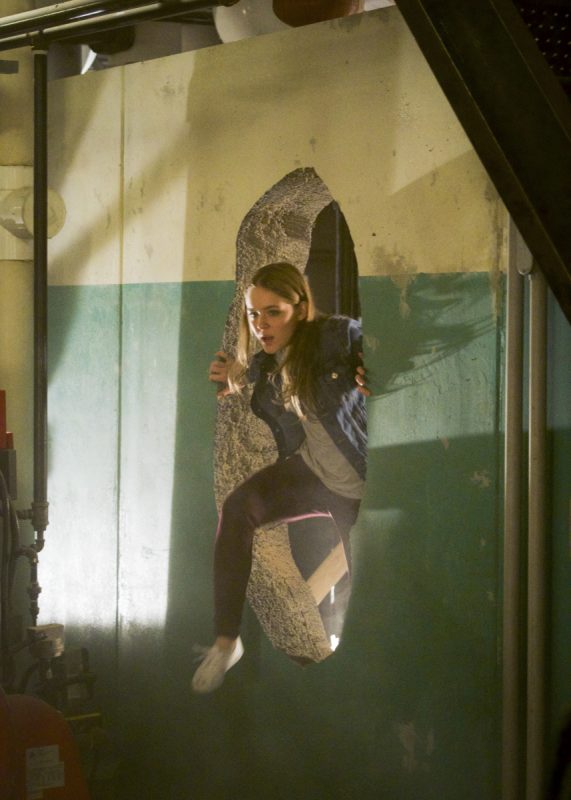 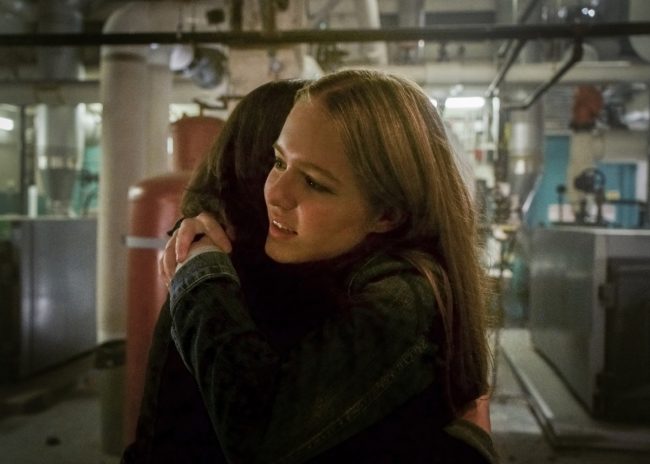 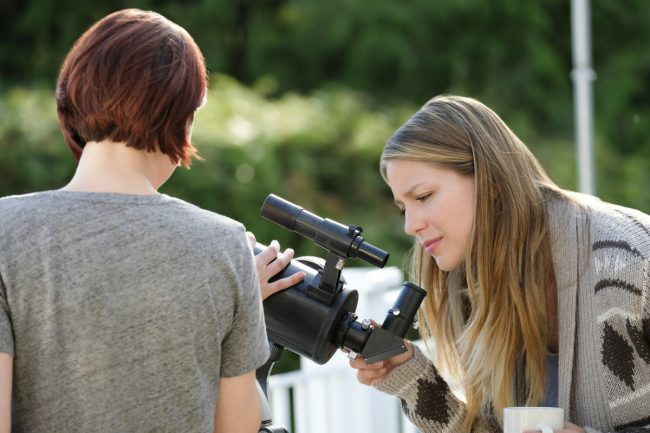 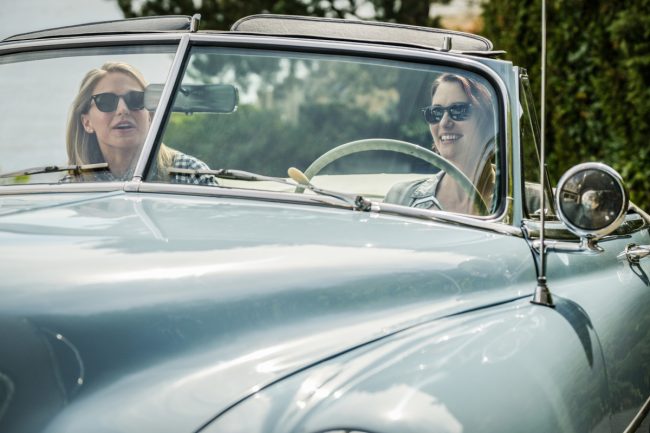 This is one of my favorite episodes of the show ever, and it’s in large part due to the absolutely perfect casting of Young Alex and Young Kara. This episode was entirely dependent on those young actresses carrying the episode, and they did. Olivia Nikkanen was a revelation as Young Alex, and was a spot-on young Chyler Leigh not just looks-wise, but vocally. A couple of times, I closed my eyes and it sounded like I was listening to Leigh in the part. Nikkanen is also a strong actress in her own right, and struck an amazing balance between Alex’s rage, her vulnerability, her determination in solving the case, and her ultimate loneliness and need to let Kara in.

Izabela Vidovic was a perfect Kara, but whereas Nikkanen was a strong Alex vocally, Vidovic’s strengths as Kara were more in her mannerisms and physicality. She embodied a young Supergirl perfectly, and also brought the right balance of sweetness and bitterness to a teenage Kara Danvers. The girls had amazing chemistry with each other, too, and were a pleasure to watch.

Again, the episode was a welcome respite from the intense episodes that preceded it this season. It kind of felt like a Veronica Mars episode, which I mean as a total compliment. All the teen characters were nuanced and written with a huge amount of respect. Kara and Kenny’s relationship read immediately within a couple of lines of dialogue, which is hugely important as whether we’re invested in Kara caring about his death is dependent on the viewer buying their feelings for each other. Ivan Mok’s Kenny was a geeky sweetheart with depth, and the idea of that lost potential, of Kara never having kissed or dated him, was really sad.

I’ve also gotta big up the fact that Kara’s romantic interest was a handsome Asian kid. It’s all-too-rare for Asian men in particular to be cast as romantic leads, so it was nice to see the show cast this way for Kara. And speaking of inclusion, I noticed that Midvale has a lot of PoCs living in it. For example, see the cafeteria photo above. Kara is surrounded by PoC in that scene, and while there are plenty of white people in Midvale as you might expect, I noticed that there was a strong effort made to ensure that the background actors weren’t completely lily-white.

As for the adult side of the episode, I always love watching Melissa Benoist and Chyler Leigh have scenes together, as they have created such a beautiful, multi-faceted relationship for Kara and Alex over the past three seasons. I was happy that the characters were given the opportunity to, as Eliza said, “lean into” their painful feelings and recognize when they were being closed off.

I loved that “Midvale” was an episode entirely devoted to the moment in time that the Danvers sisters actually became the Danvers sisters, and it makes so much sense that this episode happened after both Kara and Alex have lost their significant others. “Midvale” reminds us that romantic relationships will come and go for these two, but the OTP of this show will always be Kara and Alex. They are the true love story of Supergirl.

Did you enjoy this glimpse into Kara and Alex’s childhood? Were you into “Midvale?” Let’s chat about it in the comments below!