On Supergirl, Kara and Alex Prevent an Alien Exodus | The Mary Sue 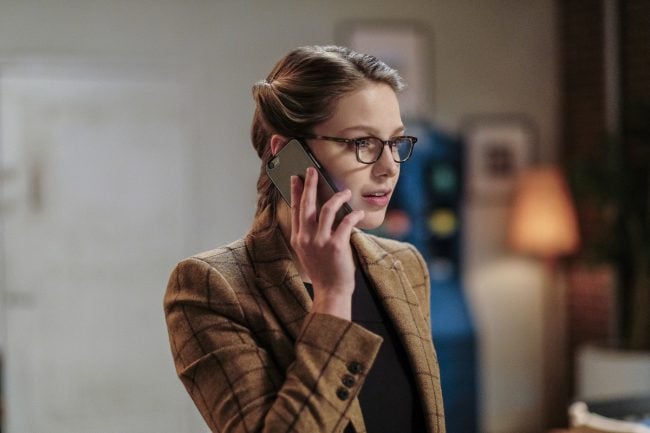 On this week’s Supergirl, not only did Alex and Kara have to work (sometimes at cross purposes) to prevent Cadmus from pulling off a forced alien deportation (topical much?), but they also each apparently had to re-learn how to do their jobs properly, with varying degrees of success. Oh, and since Dean Cain and Helen Slater aren’t enough, the episode ended with two new blasts from the past! Welcome to Episode 15 of the season, “Exodus.” 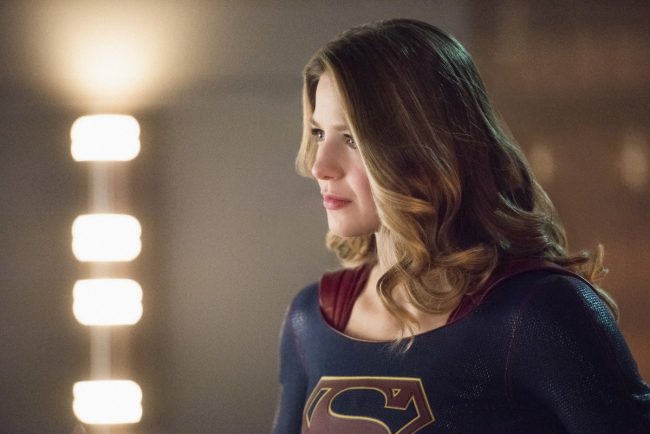 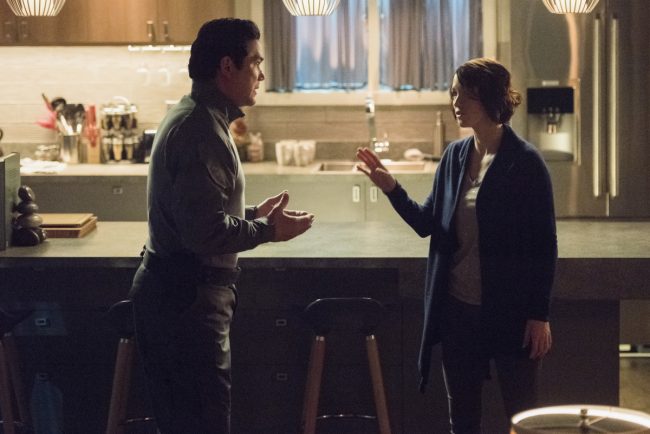 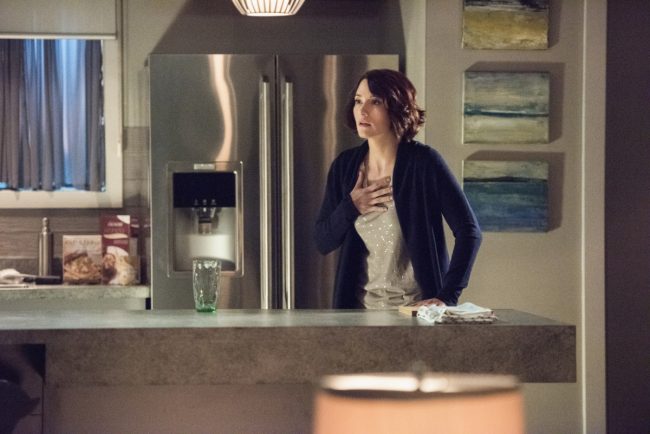 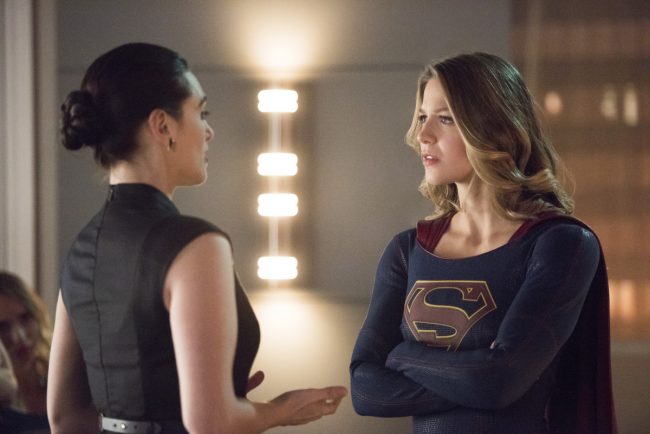 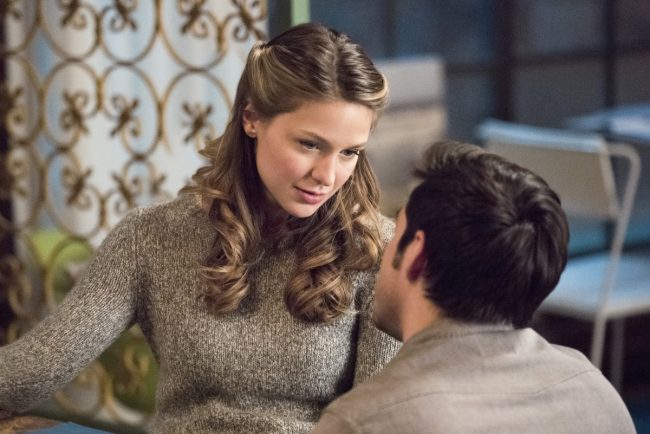 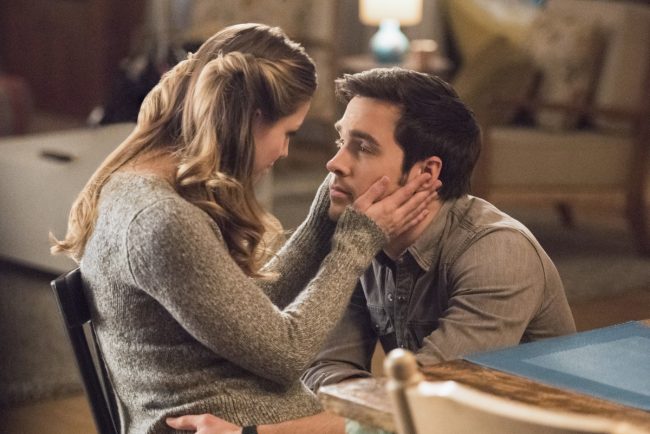 “Exodus” was an action-packed, emotional episode that was mostly successful in spite of several instances of awkwardly making characters less intelligent to make plot happen.

I know that the writers likely think that Mon-El constantly screwing words up makes him funny and endearing, but it’s gone too far now. The scene where he calls Kara’s “blog” a “blob” was painfully unfunny and made even more so when Kara corrects him and he says, “That’s what I said. Blob,” doubling-down despite having just heard her say the word with a “g” on the end. He’s been on Earth for a while now. I’d understand him getting certain things wrong, but not things like that.

Another victim of this kind of treatment was Maggie, who for some reason, sides with Alex even though Alex is clearly emotionally compromised. You’d think that a competent detective would know better than to advocate for a person in Alex’s state of mind to stay on a case. You’d think that maybe she’d find a way to help Kara and the DEO on Alex’s behalf, which is sort of what I thought might happen to make Maggie more a part of the gang. Instead, she’s just the blindly supportive girlfriend this week.

I don’t understand why this episode, the characters closest to Alex (other than Kara) insisted on coddling her when she was clearly in the wrong. She was emotionally compromised and not able to handle this case. J’onn had every right to test her and then sideline her. And yet, he apologized to her. For what? Doing his job?

It seems that both Danvers kids needed a lesson in how to do their jobs properly this week. Alex needed a lesson in not letting her emotions cloud her judgment (a lesson no one seemed truly willing to give her), and Kara needed to learn that journalism is not her calling. She’s actually really bad at it, and totally deserved to lose her job.

What’s frustrating about Kara/Supergirl to me at the moment is that she keeps treating Supergirl as something outside herself, whereas in Season One, she asserted Supergirl, because she wanted to be her full self. So, which is it? Is Supergirl a part of who Kara is, or isn’t she? I understand wanting a bit of normal in her life, but she doesn’t have to latch onto a job to have that. Especially since several of the friends that made CatCo the home it was for Kara have since left, and both Winn and James have joined her on the crime-fighting side of things. I was glad when she said that “maybe being Supergirl and having [Mon-El] is enough.” She helps people every single day as Supergirl, and she is building a (somewhat) normal relationship with Mon-El, as well as still has Alex, Eliza, Winn, and James to keep her grounded.

So yeah, I had a couple of character complaints this episode. However, the plot of the episode was great. I loved how topical this story of forcibly removing aliens was, as well as the way it depicted how something like that would affect people: the average family, a couple like Winn and Lyra, etc. The episode was paced well, and found something for almost every character to do (except for Maggie and James, who were wasted this episode). I love that Mon-El is basically the Supportive Boyfriend now, playing the role that usually goes to actresses.

And shout-out to the always-brilliant Melissa Benoist and Chyler Leigh for another week of great performances. The scene where Supergirl is stopping the ship while looking at Alex through the window was harrowing and emotional. I loved how “in it” the two of them were.

Yay for the introduction of Teri Hatcher and Kevin Sorbo to the show! And lastly, I want a Winn and Lyra Talk About Dune spin-off show RIGHT NOW.

“Exodus” was a decent episode, but unfortunately it got bogged down by some really poor character work. What did you think? Let’s chat about it in the comments below!