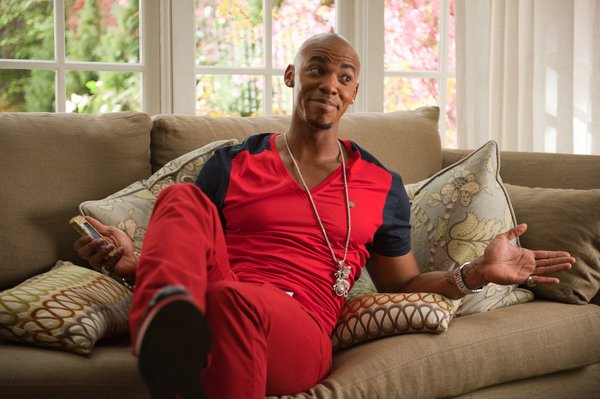 My exact thought process this morning upon seeing The Hollywood Reporter‘s recent Supergirl headline: “Ugh, I guess they have a Jimmy Olsen now but like, whatever, he’s such a milquetoast plot device so who cares—wait, who did they cast?? OH MY GOD IT’S EGGS YOU GUYS, IT’S EGGS, NEVER MIND I’M SO ON BOARD NOW.”

Yup, the news from last night is that CBS has tapped actor Mehcad Brooks to play the chipper photojournalist to Melissa Benoit’s superpowered Kryptonian. You might remember him from True Blood and Necessary Roughness, or, if you’re a giant super nerd with very specific interests, as Doug from Magic the Gathering The Musical, which is a short film about puppets. No, really.

Here’s more on what to expect:

Olsen, in the CBS take, is a photographer at CatCo., where Kara works. He’s the  salt of the earth and this only makes Kara crush on him even more. The character has recently been living and working in National City, though the reason is still a secret. But with Kara emerging as Supergirl they grow closer.

The Greg Berlanti-produced drama is set to air sometime in 2015, and despite how cliché all the copy about the show sounds (“salt of the earth?” ugh), so far I’m optimistic about how it will turn out. I just hope that CBS doesn’t make Olsen less of a giant dork, given how many comic book adaptations that cast black actors in white character roles tend to give them the cool, confident, authoritative parts. You know, Idris Elba as the Asgard-guarding Heimdell, Michael B. Jordan as the cocky Johnny Storm, Lawrence Fishburne as Daily Planet boss Perry White, Samuel L. Jackson as Commander Nick Fury (although yes, the Ultimates Fury was technically inspired by Jackson in the first place, so you could argue that doesn’t count as color-blind casting)—the guy who’s either in charge of everything, or at least acts like he is. Jimmy Olsen is so not that guy.

It’s already incredibly awesome that they cast Brooks in the first place, of course, but more than anything else I really want to see him wearing dweeby bow-ties and being way too excited about stuff and getting rescued by Kara, like, constantly. What about you all?