CBS Has Found Its Supergirl in Glee Alum Melissa Benoist 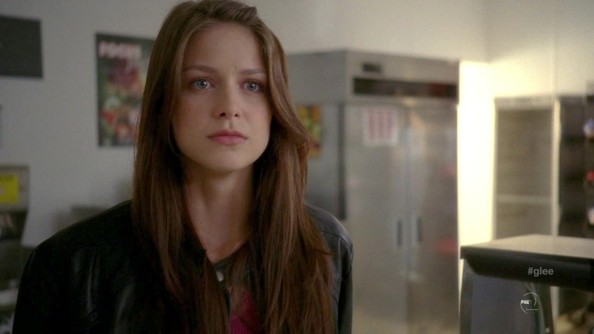 Melissa Benoist, who joined Glee in its fourth season, has now officially been cast as Kara Zor-El in producer Greg Berlanti’s latest DC Universe show Supergirl for CBS. Benoist isn’t the first Glee actor to join the superhero ranks, either— there’s also Grant Gustin and now he’s doing an awesome job on The Flash now. Wait, guys, is Berlanti a Glee fan? That explains so much.

Here’s some more on the upcoming show from The Hollywood Reporter:

The hourlong drama, which received a hefty series commitment, centers on Kara Zor-El, Superman’s cousin, who was born on the planet Krypton and escaped amid its destruction years ago. Benoist will play Kara, who after arriving on Earth was taken in by a foster family, the Danvers, who taught her to be careful with her extraordinary powers (which she shares with her famous cousin, Superman).

Now 24, Kara feels un-empowered, a slave to having repressed her innate abilities. She’s still pretty, but with her face hidden behind glasses and her hair pulled back, she doesn’t know it herself. An unexpected disaster forces her to use her powers in public. Energized by her heroic deed, for the first time in her life, Kara begins embracing her extraordinary abilities. She begins helping the people of her city and they soon take notice — and she’s even given a new moniker: Supergirl.

We’ve previously heard this series is meant to be a “female empowerment story.” Thoughts on the casting?