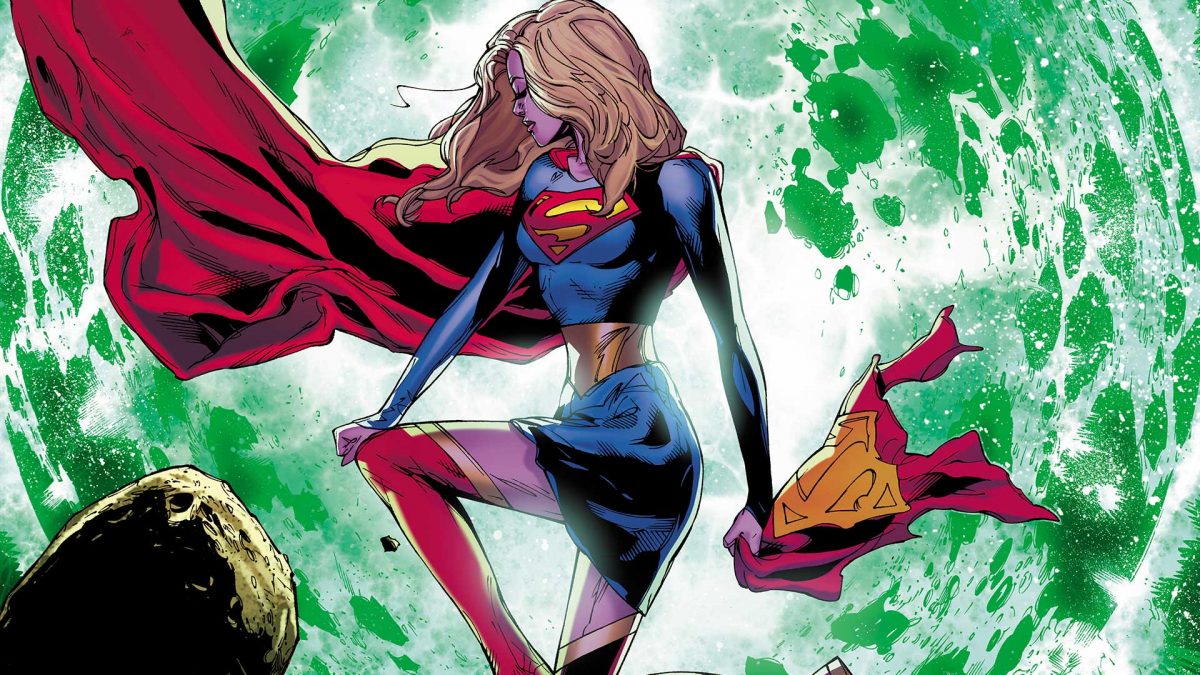 Supergirl #25 dropped today, with a double-sized anniversary issue of the popular series. The main storyline features Kara Zor-El and Krypto returning to the ruins of Krypton to discover who killed her home planet. But a bigger mystery is afoot in the cover art by Jaime Mendoza and Doug Mahnke: what is up with Supergirl’s body?

The cover art features an upsettingly proportioned Girl of Steel, with twig-like arms and legs as well as a waist to bust ratio that makes Barbie look like a body positive role model. Granted, the cover pose is awkward, with Supergirl’s body in a half-kneeling, partially profile pose, but the depiction is concerning nonetheless. Also, the lengths of her arms and legs are … puzzling? Guys, what exactly is going on here?

Overcome by kryptonite radiation, Kara and Krypto get some much needed help from Brainiac-5 in @ComicBook‘s exclusive preview of SUPERGIRL #25: https://t.co/Xg5nUN9JfZ pic.twitter.com/O06DmVaaFL

While the cover art brings back bad memories of Milo Manara’s much criticized Spider-Woman cover, Mendoza and Mahnke have more experience (and less excuses) for their artwork. They’ve already portrayed the superheroines of DC with strength and poise, as seen in their cover art for Superman/Wonder Woman #29: 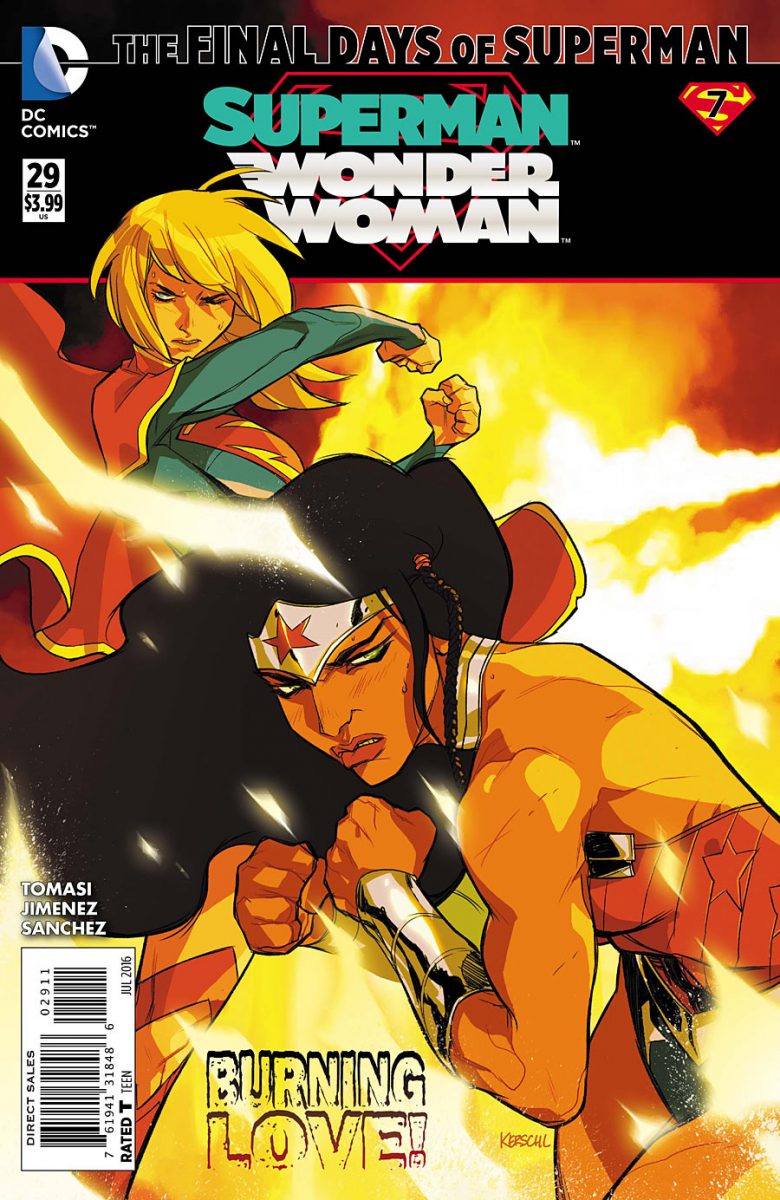 Their spindly portrayal of Supergirl is all the more concerning when you take into account the target audience of character, namely girls and young women. Supergirl is an empowering, aspirational hero whose power is undercut when she’s drawn as if she needs medical attention. Women already struggle so much with unrealistic body images and popular culture that often seems designed to destroy their self esteem.

Again, this cover could just be the result of awkward angles and body positioning, but its on artists and editors to take some responsibility for their depictions. It’s 2018, and there’s just no excuse for this kind of messaging, especially for a youth-oriented comic book. At least we have this charming variant cover by Amanda Conner: 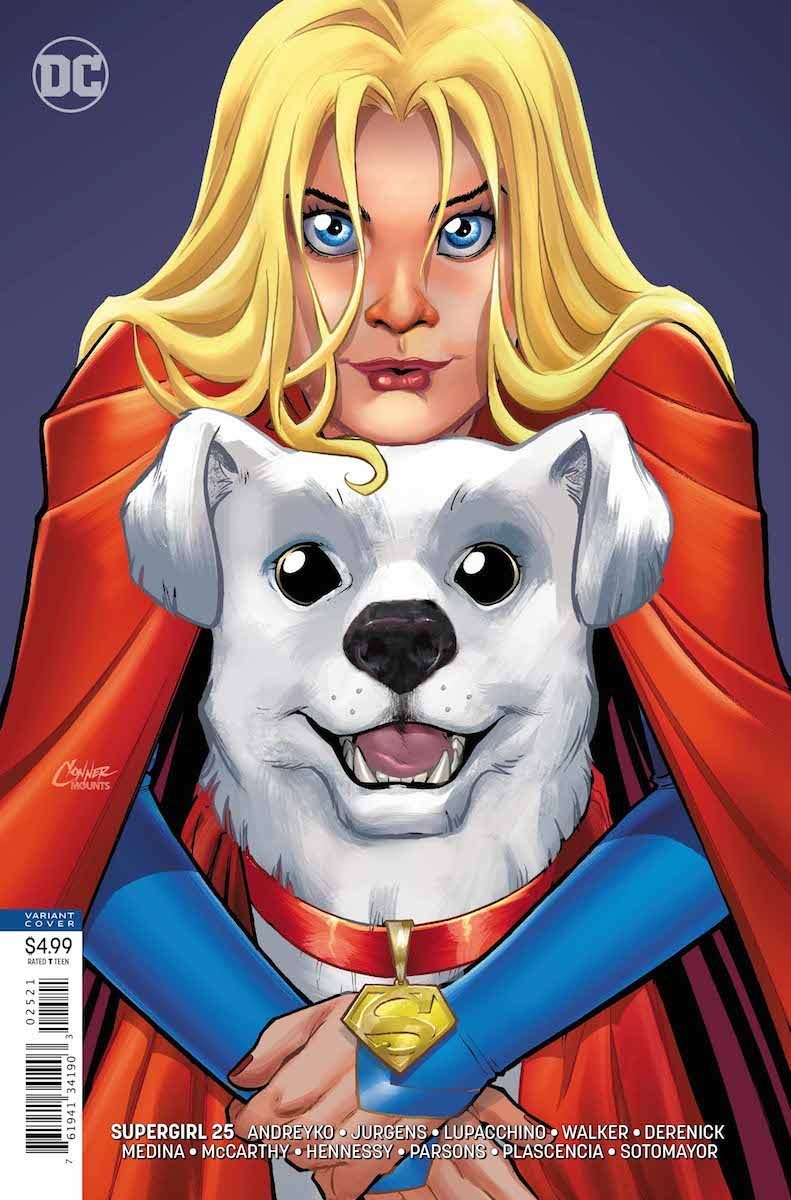 What do you think of the cover artwork?