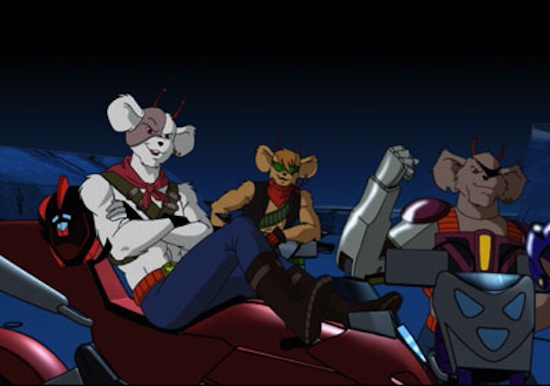 Are you looking for a pretty sure sign of the coming apocalypse? We’ve got you covered. The British town of Gloucestershire is being overrun by mutated “super-rats” that are immune to conventional poisons, according to a new study. We’re pretty sure this was also covered in Revelations somewhere, if we know our Bible. Which we certainly don’t.

This doesn’t seem to be a matter of dosage, where rats are resistant to the poison in question or have to consume a lot of it to suffer the effects. Researcher Dr. Dougie Clarke says “You can give these rats the poisons forever and they will never succumb, so they are a type of super rat.” Instead, an estimated 75% of Gloucestershire rats carry a mutated gene that makes them totally immune to the most commonly sold poisons in stores, such as bromadiolone and difenacoum. The gene was carried in about 1% of rats 50 years ago, but now seems to be more and more standard issue.

Advantageous genes like this one move into populations pretty quickly, especially in prolific breeders like rats, so while this gene is a mutation right now, it comes in so handy that before long, it will be the exception, not the rule. Researchers estimate it will take just another ten years until all Gloucester rats laugh off your pitiful poisons.

Next up on researchers to-do lists is to look at genetic samples from rats around England in an effort to see how far afield the gene has spread and if “super-rats” may be present in other rat communities across the nation.

(via This Is Gluocestershire)