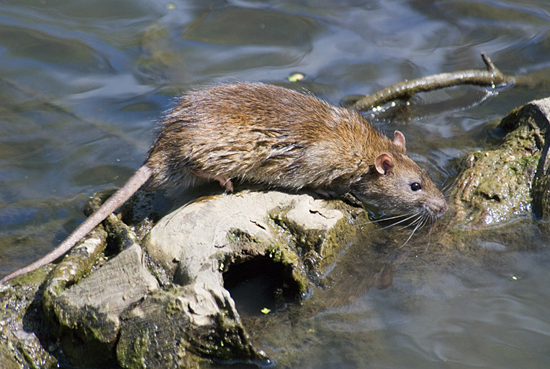 Spinal cord injuries that lead to paralysis can be devastating. The inability to use one’s limbs drastically changes the quality of life for those afflicted with such injuries. Thanks to a research team led by Grégoire Courtine of the Federal Institute of Technology a significant number may be able to walk again eventually. The team has found that rats with partially severed spinal cords can be taught to walk once more with the right combination of stimulus and pharmaceutical drugs.

The group first cut the spinal cords of 10 rats in such a way as to paralyze their hind legs. There were still some nerve connections that traversed the injury but not nearly as many as there should have been in a completely healthy specimen. That’s when the real science started.

They outfitted the injured rats in contraptions that would lift them off their front legs but not provide forward momentum. This meant that any movement they achieved was directly the result of their hind legs providing locomotion. Then they began providing electrical stimulation both in the motor area of the brain and in the bottom portion of the spinal cord while also pumping drugs that would promote growth into the wounded area.

The rats began to take their first voluntary steps after two to three weeks of daily sessions. Within six weeks, the entire group could walk on their own with some running and climbing. Essentially, the brain had to conscript whatever neural system was left while forming new neural connections as it went. Dr. Courtine had this to say:

The way I think about it is that there is this little island of spare tissue in the injured area, and the neurons in that island begin to act as a relay center, bypassing the injury[.]

The implications of such experiments, if they can be replicated in humans, are astounding. According to The New York Times, a quarter to a third of those with injuries that confine them to a wheelchair are in the same boat as the rats; the entire spinal cord is not severed but is instead only partially severed.