People of Earth: The Super Moon Will Not Cause Mass Floods, Feel Free to Enjoy 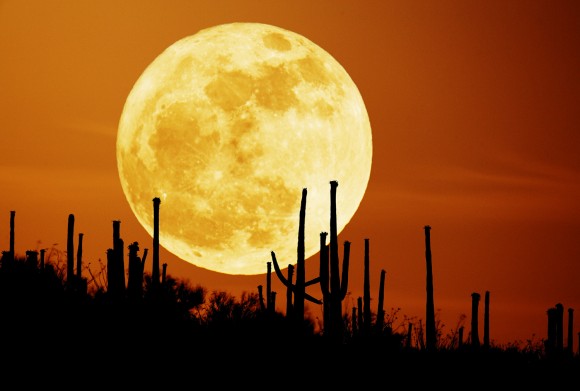 You might have heard about the so-called “super full moon” that is going to be occurring over the weekend (Saturday night) and that some are worried about its effects on the Earth’s tides, considering the tsunami that hit Japan after the Sendai earthquake last week. But scientists assure us that there is no need to worry about what is going to be a lovely, rare display in the night sky. So, everyone, sit back and enjoy. Nothing to worry about. Except werewolves. If you think those are real.

What’s actually going to occur is the moon reaching its “full” phase when it is nearest to Earth in its orbit. Since its orbit around Earth is in the shape of an ellipsis, there are points at which the moon is nearest to Earth, or perigee, and furthest away, or apogee. The full moon at perigee will cause the moon to appear 14 percent bigger and 30 percent brighter than usual. (“That’s no moon …”)

Here is a video from NASA with a more detailed explanation: