Let's-a-go (to the store and hope we find these items?) 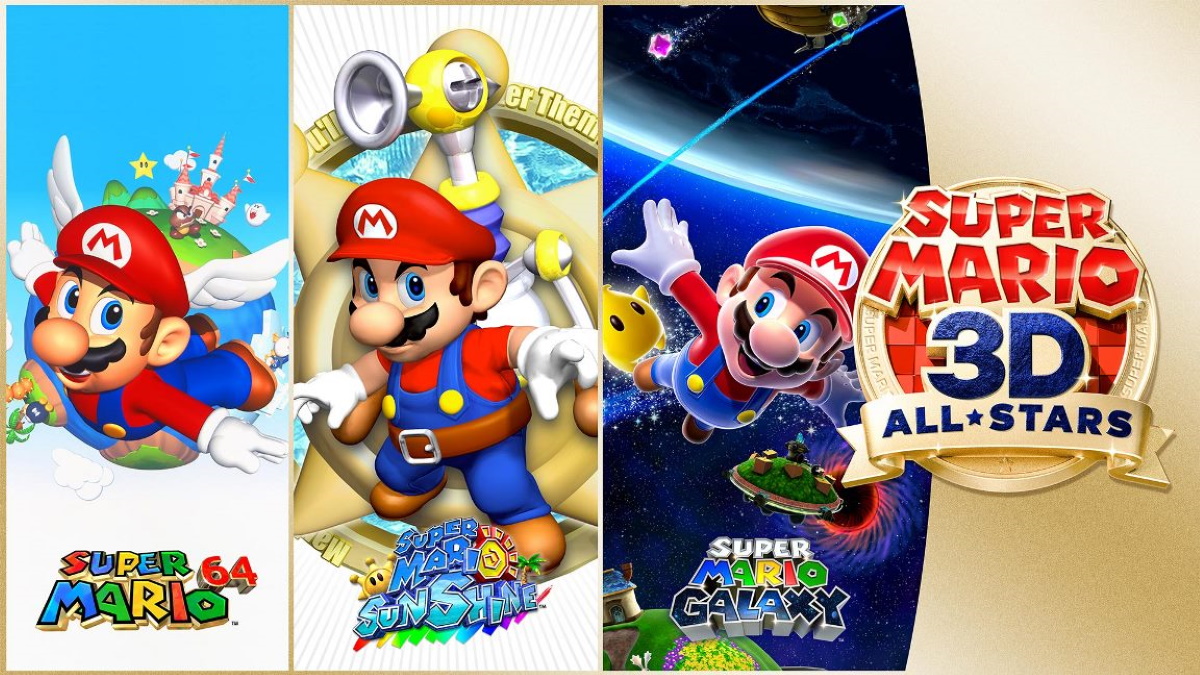 I mean, not enough to re-release the game or anything like that, but enough to let you play it with the new Nintendo 64 controller for the Switch.

Nintendo, proving to be full of surprising updates these days, has released a patch that will let you play Super Mario 3D All-Stars with the recently released N64 controller for the Switch. This is the first update the game has received since last November (which is when GameCube controller support was added for Super Mario Sunshine).

There are, of course, a couple of caveats to the update.

The N64 controller only works for Super Mario 64

The N64 controller can only be used on Super Mario 64, not Super Mario Sunshine or Super Mario Galaxy. That makes sense since the controller was only usable with that game back in the day. As someone who has played Super Mario 64 via the online expansion pack (bless the family plan), my hands, running on auto-pilot, attempted to treat my Pro Controller like the N64 one. This, of course, meant I got all the buttons screwed up, so having the ability to play the game the way I did back in 1996 is a welcome feature to me.

Assuming you can find a copy of Super Mario 3D All-Stars.

Of course, you can play Super Mario 64 via the online expansion pack, but if you were hoping to, perhaps, grab a copy of Super Mario 3D All-Stars to take advantage of its new update, it’s no longer being sold by Nintendo. The game was being sold for a limited time and Nintendo stopped making it available back in March.

That doesn’t mean it’s impossible to find (unless if you want a digital version). Some retailers still have physical copies (particularly ones that offer used games). It is, arguably, easier to find than the other item you need in order to take advantage of this new update: the N64 controller.

The N64 Switch Controller is sold out until next year

The N64 controller for the Switch is currently out-of-stock, with reports of it not being available until 2022. When in 2022? Shoulder shrug emoji.

I suppose if you’re impatient you can hit up an eBay listing that has the controller marked at a ridiculously high price, though I have a feeling that most of us aren’t itching to relive the 90s THAT badly.

If you’re curious, though, the eBay listing I found had the controller at around $230.

I’m surprised to even see Nintendo offering new perks to Super Mario 3D All-Stars, not just because they don’t carry it anymore, but because they haven’t done anything with the game since last year (not that I really expected them to do anything with it in the first place beyond letting us revisit some 3D Mario classics). I suppose giving the game N64 controller functionality is a bit of a no-brainer since it was already being done for the online expansion version of the game.

Except … the N64 controller is sold out.

I’m not mad or anything (I don’t even own Super Mario 3D All-Stars since I didn’t feel a burning desire to rebuy those three games again), I’m just kinda amused about the whole thing. You can now play Super Mario 64 the way you did in the 90s via a discontinued game and a sold-out controller.