Straight from My Little Pony: Friendship is Magic creator Lauren Faust‘s own Deviantart page, comes this scan of a TV Guide article that gives us our first good look at Batgirl, Supergirl and Wondergirl, the eponymous super friends, and a taste of one of their adventures, which will be appearing during the DC Nation hour in March. Full pic below!

S.B.F.F. (short for Super Best Friends Forever)… stars Batgirl, Supergirl and Wonder Girl and “has plenty of action and fighting, but is really much more focused on comedy and laughs and how much fun it is to be a superhero,” says producer Lauren Faust.  “It’s like taking a teenage experience but putting a superhero spin on it, in one episode, Supergirl and Batgirl try to convince Wonder Girl to sneak out in Wonder Woman’s invisible jet to go for a joyride.”  Guess even supergirls just wanna have fun. 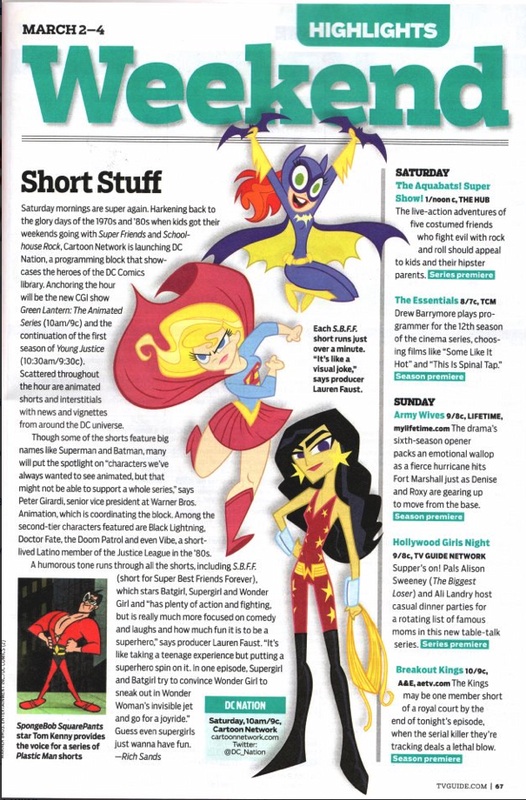 I myself am excited at the prospect of watching these girls have their fun, and I love that Batgirl’s mask looks like she’s wearing glasses. Every girl team needs a nerd, after all.