Isn't it traditional to receive gifts on one's—you know what? Nevermind. 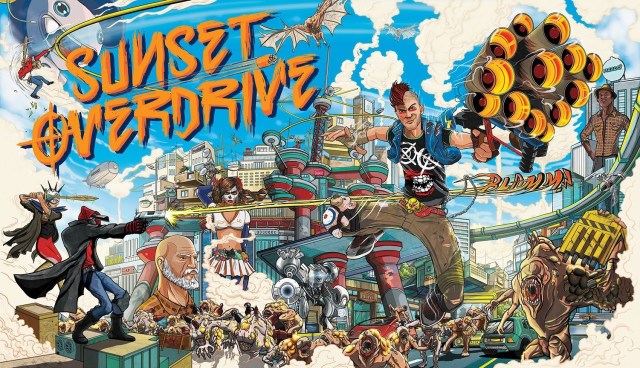 The Xbox One got you a gift to celebrate its first birthday! Shh, it’s young and doesn’t know how birthdays work. Nobody correct it, and maybe we can get gifts like this every year.

If you’re an Xbox Live Gold member, the crazy, monster-blasting apocalypse game Sunset Overdrive will be free to play for 24 hours Saturday, November 22nd. If you have a blast and want to buy the game when the free trial ends, all of your progress will be saved according to Xbox News.

Starting this Saturday, November 22, at 12:01 a.m. ET, Xbox Live Gold members on Xbox One will get to play Sunset Overdrive for free for 24 hours. The whole game is here: you’ll be able to earn achievements and save whatever progress you make before 12:01 p.m. ET on Sunday, November 23. If you decide to purchase the game at a later point, you will be able to start again right where you left off.

I had a great time playing the game at the launch party earlier this month, and we’re also pretty excited about the game’s character customization features. So, I’d definitely recommend that you give it a shot tomorrow—if you can squeeze it in while playing Smash Bros., Dragon Age: Inquisition, and Pokémon. What a great weekend for gaming. Happy birthday, Xbox One!